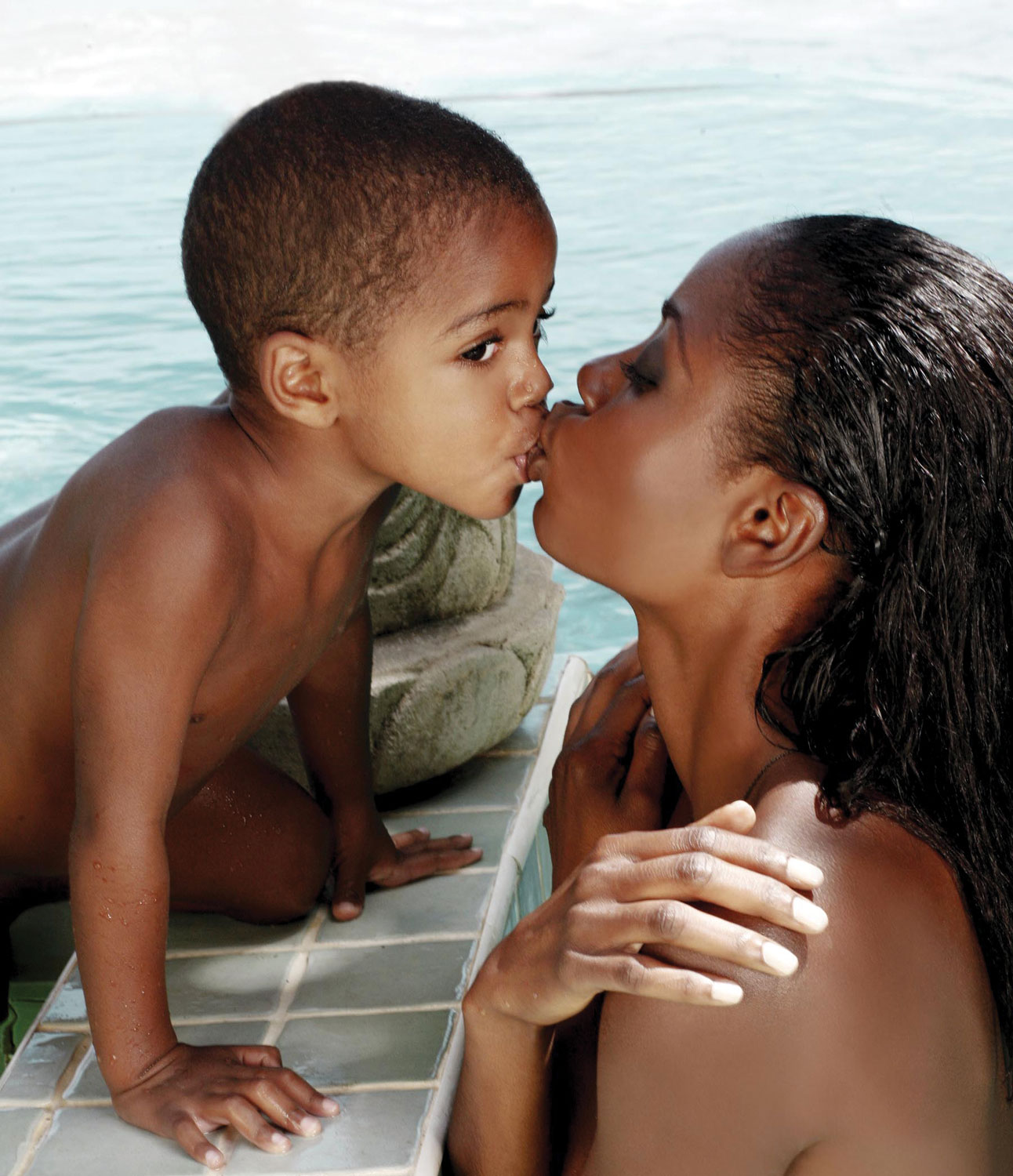 Wendy Fitzwilliam: between a mother and a son

From the Archives November 30, 2009 by Laura Dowrich-Phillips

When former Miss Universe Wendy Fitzwilliam was small, she wanted to be two things when she grew up: a fashionable lawyer and a mother.

The first she accomplished without much fanfare. But the second happened in the glare of public scrutiny. From the controversial announcement of her pregnancy to the day she gave birth, Fitzwilliam’s entry into parenthood fuelled rumour mills and started a media frenzy.

Now every detail of that period of Fitzwilliam’s life and her experiences up until December 2008, four months before her son’s third birthday, is documented in Letters to Ailan, Fitzwilliam’s first book. Addressed to her son, Ailan Andrew Panton, it’s a shockingly honest account of her relationship with David Panton, Ailan’s father. It takes readers through the maelstrom created by her announcement of her pregnancy, and journeys through her experience of giving birth and her new life as a single mother.

For the celebrity gawker, the book is pure manna, an invitation to see life through a public figure’s eyes. And nothing is juicier than a romantic relationship, especially one that goes awry.

Letters to Ailan is also part Sex and the City, Fitzwilliam’s favourite TV show. While on one hand she is the island-girl next door with baby-mama drama, the peek into her life reveals a globetrotting celebrity who rocks Gucci boots, goes sailing off the island of Capri, and who hangs out in ultra-chic piano bars that attract the likes of Lenny Kravitz and Justin Timberlake.

Fitzwilliam holds nothing back when it comes to her relationship with Panton, a former Jamaican senator who lives in Atlanta, USA. Divorced from a former Miss World, Lisa Hanna, who is also Jamaican, Panton had custody of their son Alex when he met Fitzwilliam. In the midst of dealing with Fitzwilliam’s pregnancy, which occured in the early days of their relationship, Panton began a long custody battle when his ex-wife failed to return their son after his vacation in Jamaica. The Jamaican courts eventually awarded custody to Panton.

Fitzwilliam, who stated early on that she did not expect anything from Panton when she discovered she was pregnant, notes how the custody fight changed the way Panton viewed women and his relationship to her.

“My immediate reaction is to cut your father completely out of my life. He could not really care about you or me and, so coldly and unprovoked by me, dismiss us both,” she wrote when Panton tried to renege on plans for her to live with him in Atlanta leading up to the birth of their son.

Later on, when his attitude to women degenerates to the point that he laughs at a joke about pregnant women being unattractive, Fitzwilliam snaps.

“Here is a man who has gained roughly 40 pounds within the last three months, and whose body jiggles when he laughs like…a whale, lying next to the woman  carrying his child, whom he claims to care so much about, crudely and thoughtlessly enjoying a ‘pregnant-women-are-not-so-hot’ joke. For a few minutes I take comfort that he looks more pregnant than I do.”

While Fitzwilliam acknowledges the entertainment factor of the book, she hopes it will affect the way men and women relate to each other and their children, as well as the relationship between the church and the public.

“I am prepared for the bad that will come with the good. You don’t effect change without putting yourself out there, without taking risks. I don’t expect to be a one-woman saviour of the world, but I am raising a young man: I don’t want him to make the same mistakes I did, his father did, his grandfather did.

“So how do you effect change? By example and living your life honestly, by discussing uncomfortable topics,” she said back in August, two months before the Trinidad launch of the book in October. Letters to Ailan was also launched in Jamaica, Barbados and the US.

Apart from relationships, the book also exposes the hypocrisy of Trinidadian society when it comes to issues relating to women, sex and religion. When Fitzwilliam announced her pregnancy at the Corpus Christi College, a private, all-girls’ Roman Catholic school, there was uproar. Fitzwilliam, who was one of three speakers for the Trinidad Guardian’s Guardian In Education project, recalls that she was criticised roundly: for making the announcement at a Catholic school, for having a child out of wedlock, and for being impregnated by a non-Trinidadian.

She was denounced by callers on radio talk shows and in church. In one instance, she wrote, the priest at the church she usually worshipped berated her in his sermon as she sat there, head held high. Alone in her car, she cried.

“Perhaps I cry for all the young women of faith who succumbed to the pressure of their religions and families and aborted their pregnancies and live with that regret forever. Surely not every abortion performed in the world is merely a means of birth control,” she wrote.

“It was surreal,” said Fitzwilliam, recalling that period. She still attends that church and the priest there has blessed her son on many occasions.

The intense media scrutiny following her announcement (she received requests for interviews from the BBC and Fox News), was met, for the most part, with silence from Fitzwilliam, who wrote that she developed a distaste for news and media during her reign as Miss Universe in 1998. But she said she is prepared for the media scrutiny once again, now that the sought-after details have been published.

Panton was among the first people to read the manuscript. He was apprehensive of his portrayal, but, she said, “It’s my story and Ailan’s truth.”
Today her relationship with Ailan’s father is very civil, Fitzwilliam said. “Fundamentally he is a decent human being. Most importantly, Ailan loves his father and brother to death. Despite our differences, we make sure the boys know each other and like each other.”

Writing the book has been cathartic for Fitzwilliam, not just in telling her side of the story but also in dealing with personal issues borne out of her parents’ own divorce, the details of which are laid out in Letters to Ailan.

“I am a much better woman for this experience; I am capable of being a good wife, lover and friend to a man. Maybe I squandered love in the past…I won’t do it again,” she said.

Letters to Ailan was conceived when Fitzwilliam first learnt of her pregnancy and she wrote at every opportunity – in traffic, on planes, late at night. Fitzwilliam said she has always kept journals and writes about all her experiences. There are more books to come, and judging from her first effort, they are sure to be page-turners.

© MEP Publishers | Wendy Fitzwilliam: between a mother and a son | Caribbean Beat Magazinehttps://www.caribbean-beat.com/issue-100/wendy-fitzwilliam-between-mother-and-son#ixzz72oAV8o8E
To reproduce an excerpt of this article, please ensure you include a link back (see above). For additional permissions/licensing, please contact us. Thanks!
Follow us: @meppublishers on Twitter | caribbeanbeat on Facebook

This article was originally published on Caribbean Beat (https://www.caribbean-beat.com/issue-100/wendy-fitzwilliam-between-mother-and-son#axzz6T52me5Fk)