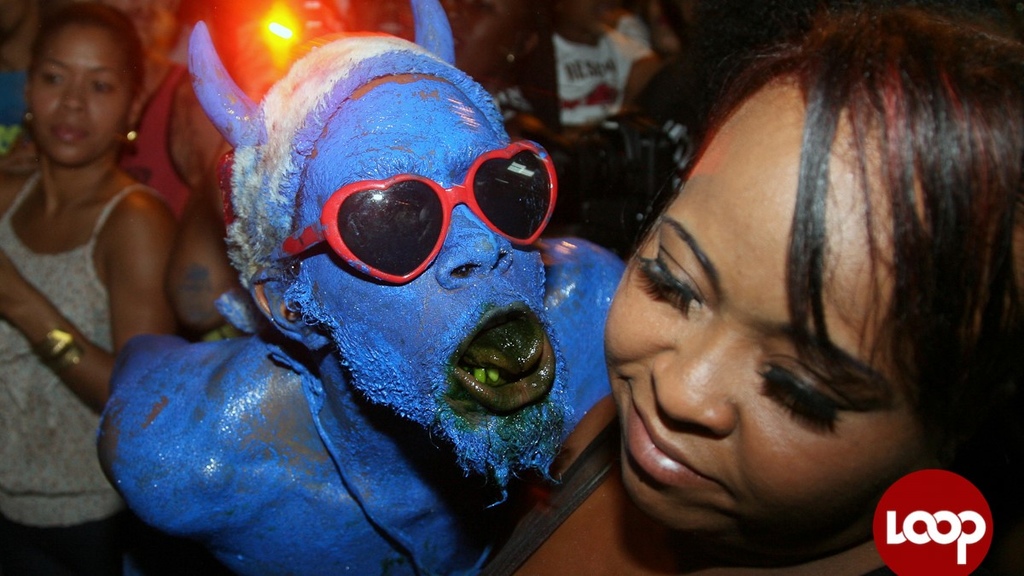 8 experiences you will only have at T&T’s Carnival

Trinidad and Tobago’s Carnival will officially culminate on March 4 and 5 and will set off another Carnival circuit throughout the Caribbean and the diaspora for yet another year. But with so many Carnivals to choose from and with all basically offering similar events, parties with the same top soca stars and costumes with the same aesthetic, Carnival lovers are spoiled for choice.  If you’re wondering if T&T’s Carnival should stay on your list of must-do Carnivals in 2019, here are some experiences we guarantee you will only have there.

Fancy sailors captured by Maria Nunes for her book ‘In a World of Their Own: Carnival Dreamers and Makers’

Carnival in T&T is steeped in history and tradition and the mas reflects that. This Carnival has more than just sexy bikini mas, here you will find traditional characters such as Fancy Sailors, Blue Devils, Pierrot Grenades, Baby Dolls, Bats, Jab Molassie and many more characters. There are a few communities and events that you can visit to see these characters. A popular place is the hills of Paramin, a community on the outskirts of Port-of-Spain where masses trek every Carnival Monday to witness the spectacle of the Blue Devils.

A stickfighting scene from Canboulay 2013. Photo by Maria Nunes

A production on Carnival’s history

If you don’t know the story of Carnival in T&T, the re-enactment of the Canboulay Riots in the early hours of Carnival Friday morning is where you should be. This full-scale production portrays the successful efforts by citizens in 1881 to resist efforts by the British government to suppress Canboulay celebrations on the streets. The production includes traditional Carnival characters, stick fighting, drumming and other traditions that preceded the modern Carnival celebration.

Machel Monday is a mega event on the calendar

T&T Carnival has had a long history of mega-events during the Carnival season and Machel Monday is a modern version of those. A mega show starring soca king Machel Montano, Machel Monday is the lone event on the Monday before Carnival week and features a who’s who in soca with a sprinkling of international acts plus performances by the man himself. While Montano headlines many events across the region, it is only in T&T you will find him staging this monumental event.

Costumes of all kinds

Watching images of people playing man in magazines and professional photos you could easily believe that Carnival is for the svelte or super fit. But in T&T, Carnival is for each and everybody, literally.  If baring skin is not your thing for whatever reason, there are a variety of alternatives to the skimpy mas. Bands such as K2K and The Lost Tribe marry fashion with mas and provide costumes for those who want the experience of playing mas but actually portraying a theme with substance. Then there are bands such as The Vulgar Fraction, for instance, which uses the mas to make social statements and steelbands also produce their own mas.  There are also bands for children so you could make the experience a full family affair.

Crossing the stage is the ultimate experience for masqueraders

While some islands do incorporate the use of a stage, in T&T, crossing the stage is the ultimate experience. The Queen’s Park Savannah is the mecca of Carnival and the stage is where your mas experience culminates. The Socadrome is also another stage created to provide a solution to the congestion at the Savannah and gives masqueraders the added benefit of crossing two stages on Carnival Monday and Tuesday if they are lucky.

The Punchy Punch crew at Panorama

T&T is the birthplace of the steel band and nowhere would you find pan celebrated as it is there. Panorama, a competition that pits all of the country’s bands, large, medium and small, together in a fierce battle, draw out fans from all corners of both islands. While the semifinals are a big Savannah party complete with crews and riddim sections, the preliminaries, which takes place in various pan yards, sees people following the judges in what is now known as the Panyard crawl.

When it comes to music, T&T is known for calypso and soca but there is another genre that was created there called Chutney Soca. T&T has a large East Indian population and Chutney Soca marries Indian music with soca rhythms. There is a Chutney Soca Monarch competition which pits the best in the genre against each other for a grand prize.

Etienne Charles and Friends with Calypsonian Lord Nelson on the street in 2018. Photo by Maria Nunes

From the riddim sections to the brass bands in the fetes, T&T Carnival is full of live music everywhere.  There has also been a return of live music to the streets in recent years with acclaimed jazz trumpeter Etienne Charles bringing brass back to Carnival Monday with his band Etienne Charles and Friends. The T-shirt band attracts a large cross-section of people who have been nostalgic for live music on the streets. In 2019, another band, Brass to De World, will also be on the road on Carnival Monday.

This article was originally published on Loop News (https://tt.loopnews.com/content/8-experiences-you-will-only-have-tts-carnival)