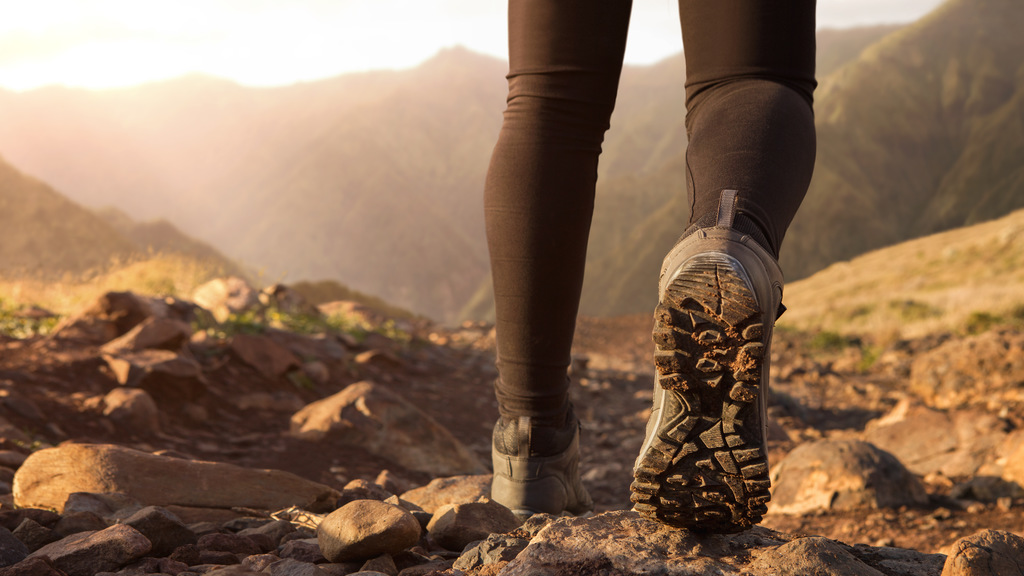 Do you dare? 10 volcanoes to visit in the Caribbean

If you are looking for a holiday where you can test your physical limits, the Caribbean is just the place.

Multiple islands in the region offer amazing hiking experiences but really, nothing rivals a hike on a volcano. From a volcano that has pride of place among the world’s most destructive to one you can actually drive through, the Caribbean offers thrill seekers and adventure lovers myriad options depending on your skill level.

Here are some Caribbean volcanoes you can put on your must-do list.

Mount Pelée and the town of Saint Pierre. GettyImages

Known in French as Montagne Pelée meaning “bald mountain” or “peeled” mountain”, this volcano has a place in the history books. The volcano erupted in 1902 destroying the town of Saint-Pierre and killing 30,000 people in the process. Only two people survived. The eruption was considered the worst volcanic disaster of the 20th century. Dormant since its last eruption in 1932, Mount Pelée is popular with visitors to the island though it has been described as challenging. One reviewer on TripAdvisor summed up the experience saying: “The climb to Mount Pelée offers a nicely challenging experience for a non-experienced climber. Altogether the route varies between intermediate to slightly more demanding. The route is well marked and most of the time there are others close to you. I however did not ever need to queue or wait someone to pursue. The clouds prevented a clear scenery from the top but it still was definitely worth hiking. Remember to bring enough water and have good shoes. That’s all you need.”

The youngest volcanic centre on St. Vincent, La Soufriere is considered to be the only volcano that is likely to erupt in the future and is considered the most dangerous. It is St Vincent’s highest point at 4,048 feet and according to one tour operator, the trek will take the average hiker two hours to the summit. The most popular hiking route is from Rabacca on the windward coast where a paved farm track heads inland through plantations of bananas until it reaches the clearly marked trailhead. At the summit, you can descend into the crater via a rope that stretches down a steep trail to the crater floor where you can see the active dome. The volcano has facilities such as a gazebo, washrooms and parking.

Mount Liamuiga recently shot into global headlines when an American man on his honeymoon fell into the crater. This is the highest peak on the island at 3,792 feet and is said to be one of the tallest peaks in the eastern Caribbean archipelago. The peak is topped by a 0.6-mile (1 km) wide summit crater, which contains a shallow crater lake. Mount Liamuiga was formerly named Mount Misery. The name Liamuiga is derived from the Kalinago name for the entire island of St. Kitts, which means “fertile land.” Trip Advisor reviewers said this is not an easy climb. “Don’t expect to snap lots of smartphone pics and video on the way up or down. Your phone will be snug in your backpack or pocket. You won’t be able to hold it in your hand while climbing because you’ll need both hands to hold your walking stick and to grab trees, roots, branches, boulders and the ground to pull yourself up,” said one. Tours range from US$75 to US$100.

A view from The Quill. Photo Laura Dowrich-Phillips

The centre of all activities in Statia, as the island is called, is a hike up The Quill, the volcano that looms over the island. The Quill has been dormant for about 1,600 years and there are a few well-maintained trails of varying degrees of difficulty which have been cut through the forest to the crater. Medicinal plants and soldier crabs peeking out from their shells are abundant along the trail. There is a lookout just before the summit for those who can’t make it to the top, but for those who can make the short steep climb the views are worth it. You can go with a guide or take the trek alone.

This photo taken from a boat shows beautiful landscape of Montserrat, with fuming volcano in its prominent position. GettyImages

In 1995, the Soufriere Hills Volcano erupted making half of the island of Montserrat uninhabitable. Today, the Government is looking to turn ash into cash as it makes the “Pompeii of the Caribbean” a tourist draw. Special permits are required to hike the volcano therefore you must go with a tour company.  Although seismic activity is low, the Volcano Observatory said in its last report that Pyroclastic flows can occur at any time without warning on any side of the volcano. Some areas are therefore restricted to public access. One UK reviewer wrote on TripAdvisor that the volcano remains a brooding, unique and captivating feature of this magical island. “This is our 11th visit to the island and the fascination remains undimmed! This particular January has been unusually wet with limited views of the summit but plenty of steaming going on!” he said.

Any visit to St Lucia is incomplete without a visit to the Soufriere volcano. Billed as the world’s only drive–in volcano, a walk through the crater takes you past pools and hot springs bubbling and belching with sulphur-laden steam. Just outside the springs you can bathe in the warm sulphuric pools, reputed for its soothing effects. There is an ever present scent of sulphur which could be off-putting. One Australian reviewer said: “Yes, for a fee you can really drive into the crater and park adjacent in a small parking area. The walk to the viewing platforms is approximately 50 metres. Definitely worth the visit, being one of just a few calderas (collapsed) volcanoes in the world. Bubbling mud, hissing steam and the ever present smell of sulphur means that this will be a memorable experience. Good viewing platforms, but there are many steep stairs to get to the best vantage point. Lots, but not too many, tourists, informative guides, plus souvenirs available at shops some way back near the entry to the springs and volcano. Certainly worth the visit and I would highly recommend it as a ‘must see’ in St Lucia.

Multicoloured vegetation at the summit of La Soufrière volcano on the island of Guadeloupe in the French West Indies. GettyImages

This is the highest mountain peak in the Lesser Antilles, rising 1,467 m high. The volcano has erupted many times, notably on February 8, 1843, when 5,000 people were killed by an eruption caused by an earthquake. There was another eruption in 1976 but there were no fatalities since there was a complete evacuation. While the island was deserted, the German filmmaker Werner Herzog travelled to the abandoned town of Basse-Terre to find a peasant who had refused to leave his home on the slopes of the volcano. His journey is recorded in the film La Soufrière. Describing his experience hiking the volcano, a Google reviewer said: “Climbing up La Grande Soufrière was such a crazy experience it took a total of 2 hours and 16 minutes to go up with a lot of stops along the way. It was a moderate climb very slippery and wet the closer you get to the top. Make sure to dress for weather changes. It’s hot, then it’s raining then it’s cold and windy so be prepared for that. The views at the top are very beautiful.”

At 4,747 feet, Morne Diablotins is the second highest peak of the Lesser Antilles after Soufriere in Guadeloupe. The volcano sits in the Morne Diablotins National Park which covers 8,242 acres, and was established in 2000 primarily to protect the habitat of the endangered Sisserou Parrot, the national symbol of Dominica. A site pass is required. An American reviewer wrote on TripAdvisor that this hike is not for the faint-hearted. “This is an incredible hike, but be prepared to work for it. Plan for about 6-7 hours round trip depending on weather. The first half going up is pretty straight forward, climbing upward on clearly marked steps made of natural wood. Your legs will feel the burn. The second half is where it gets wild. You must navigate through tree roots, over and under tree limbs, up steep and slippery rocks, roots etc. The path to the top is somewhat visible but a good guide is invaluable. Prepare for mud, rain, and soaked clothes and shoes. A good pair of hiking boots with tread are recommended. The view at the top is dependent on weather and cloud cover.”

Netherlands Antilles, Saba, 2019. Halfway up to the peak of Mt.Scenery, the plants change to cloud forest varieties and the views are stunning. GettyImages

Mount Scenery is the highest point in the Netherlands and is considered to be potentially dangerous. The last eruption was in or around the year 1640 and included explosions and pyroclastic flows. According to the AFAR website, there are 1,064 steps which will lead you to the top and most of it is straight up. According to an American reviewer on TripAdvisor, you don’t have to be super fit to climb this volcano. “This was the second time we have visited Saba and climbed Mount Scenery. It is a great climb for anyone who is in decent physical shape. Not particularly strenuous but it is still a lot of steps and in the morning or during the rain it can be quite slippery. It was clouded in this time which made the climb easy but the views are non-existent. Definitely stop by the Trail Shop before you start and pick up a loaner walking stick if you didn’t bring your own. Trail is clearly marked and you will find a few rest stop benches along the way. The last few feet to the very top of the trail is not for people who are afraid of heights. The rest is not daunting at all.”

The highest mountain in Grenada, this is the youngest of five volcanoes which comprise the island. The volcano has a horseshoe-shaped crater open to the east, with several lava domes within it. There are two approaches to the top, both somewhat strenuous. The most maintained trail is from the eastern side, outside of Grenville. According to one Connecticut reviewer, this is a tough hike. “All day adventure, start early. Rough hike but great sweeping views at the top. Make sure to go on a clear day or you won’t get the payoff of the view. Bring a rope, good hiking shoes you don’t mind getting trashed by rainforest mud and go with a group. Some areas of the trail are a little treacherous but many people make it to the top without any problems. NOT for people who are afraid of heights. Glad I did it, but wouldn’t hike it again, especially not without the group I went with where our leader had hiked it six times already.”

This article was originally published on Loop News (https://tt.loopnews.com/content/do-you-dare-10-volcanoes-visit-caribbean)