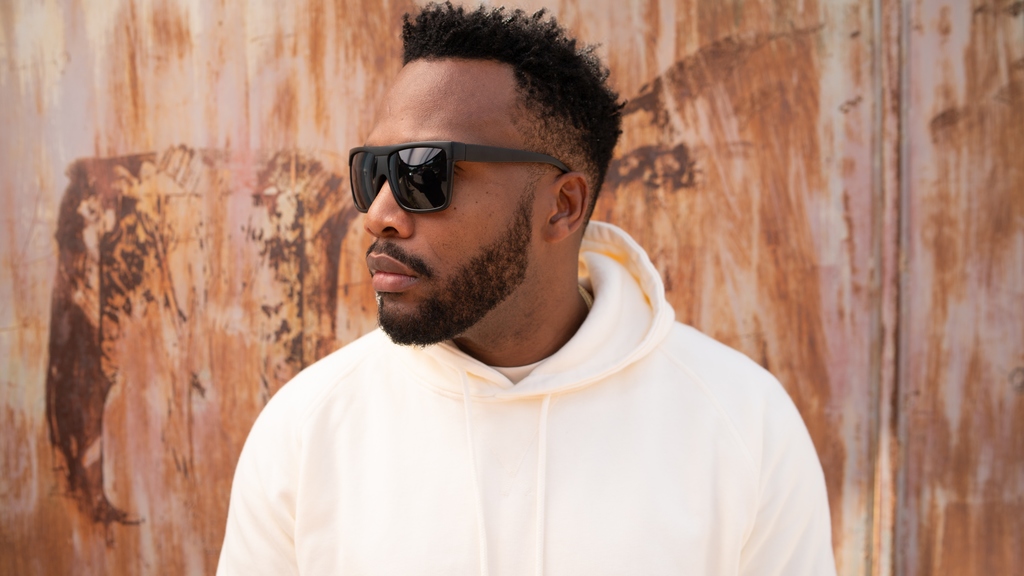 Although he is older and wiser, Agent Sasco is still lyrically a deadly deejay.

As he juxtaposes his earlier incarnation Assassin against his current self on his new EP, Sasco vs Assassin, his lyrical mastery is one constant that is evident.

The video for the song, which dropped this week, sees ‘Sasco’ squaring off with ‘Assassin’ on the mic.

“I think when I look at both characters, they are both very lyrical. Agent Sasco is a little bit more sophisticated and there is more finesse to getting the same things done. That comes down to a function of maturity and age,” he tells Loop News.

He compares his journey to that of his favourite basketball player, the late Kobe Bryant whose game evolved from being heavily reliant on his exceptional athleticism to one based on a more diverse skill set in the latter part of his career.

Born Jeffrey Campbell, Agent Sasco earned his early moniker Assassin in high school because of his sharp lyrics and quick delivery. He got his break when Spragga Benz recorded a song he wrote called ‘Big Up All the Shotta Dem”.

For almost two decades since, Agent Sasco, has maintained an active presence in Jamaican music and his talent for juggling his quick-witted rhymes in his gritty voice opened doors for him as a guest vocalist alongsideKendrick Lamar (“The Blacker the Berry”) Kanye West (“I’m In It”), and Freddie Gibbs (“Bandana”).

Internationally, he left his mark on 2015’s “Good Times” (Dre Skull Remix), the Jamie XX-produced 2015-summer banger in the UK. Under his Assassin alias, he stole the spotlight on the Cadenza remix of “Saturnz Barz” by Gorillaz. Last year, Sasco landed his highest streamed record (two million on Spotify, plus two million on Apple Music) with “Slow Down,” a suave, seductive jam session produced by Ghanaian-British beatsmith Juls.

Married and a father of three children, Sasco acknowledged that he is certainly a different man from the teenager who entered the music industry back in the late 90s.

“Absolutely not,” he says when asked if the younger Assassin knew he would turn out to be this more settled version of himself.

“I have definitely grown to adjust my priorities and having a family is different from being a 17-year-old. I still have no piercings or things like that, a lot of values are still the same and some have evolved to become more entrenched. I departed from what I figure was not serving me mindset wise,” he says, noting that after observing Michael Jackson’s physical changes he made a deal with himself that he would never pursue music to the extent where he cannot recognise himself.

Sasco is a man very determined to walk his path and not that of others.

It is something he learned from his parents, he said.

“My parents separated since I was two but they co-parented in a way that resonated with me and I bought a lot of what they imparted in me and just observing different things for myself. I don’t want to be just another guy in the crowd doing what everybody else is doing.  I tested out certain things and went with the flow and I wasn’t getting any fulfillment with that and to be satisfied personally with what is going on I decided I wouldn’t compromise on certain things,” he says.

One thing he definitely won’t be compromising on going forward is his time.

Sasco vs Assassin and his previous album Hope River were both recorded at his own studio, Diamond Studios. Owning his studio, he says, gives him flexibility with his time which he has come to treasure during this pandemic.

“The pace of life under the pandemic is more in alignment with my old soul kinda pace. I won’t be going back to the pace I was doing before. I am not signing up to be back on that treadmill,” explains Sasco, who has been spending time exploring his handyman skills on a YouTube show called Modern Builder.

“I want to be out in the yard doing things, without feeling I am taking time off the day job. COVID has led me to realise that is not living, I don’t want to live like that, I want to go in the garden and take a day and do things that I want.”

Sasco says he planned to do a full album this year as he promised his fans to do a new album every two years. His last album was Hope River in 2018.

“This EP was my compromise, this was me keeping my word to do an album every two years. If not I was going to get bored with it and my mind might be somewhere else creatively,” he says, promising to do a full-length album next year once COVID-19 is under control and things free up.

The album sees Sasco continuing his trend of collaborating with younger stars such as Chronixx and Kranium. He also jumps on the Afrobeats trend, teaming up with Nigerian producerP2J and Brazil’s Tropkillaz to fuse together Afrobeats and samba-style percussion on the Sean Paul-assisted “Do Mi Thing.”

While rooted in dancehall, the album has a universal appeal.

Loco, which was released as a single in May and produced by Teflonzincfence, is the most authentic dancehall he says he has done in a while.

The structure of the song follows the flow and style of the early 80s when dancehall artistes would just spit lyrics without any chorus.

To this writer, however, the song has a Hip Hop vibe.

“One of the things I wanted to do was to make the tracks feel like they belong in any genre.  I want everybody to interact with all the tracks on the EP,” says Sasco.

In October, Agent Sasco took “Loco” to the next level by adding new verses from Bounty Killer and Kabaka Pyramid. Earlier this month he released the remix as the first track on the Loco Riddim compilation, with tracks from Elephant Man, Chronixx, Kelissa, Mr Williamz, and I Waata.

Commenting on the discussions about dancehall being ignored by the Grammys and the fight the genre has to achieve worldwide recognition, Sasco says we need to stop looking externally for validation.

“One of the things I have come to accept is that nobody owes me anything and nobody owes dancehall anything. One of the things that will serve us is to focus internally on what we are doing and love and support our music. No dancehall, reggae or soca single is selling well within the space. Let’s say we have a Caribbean population of a rough estimation of 10 million. And then we gonna put another 10 million for the diaspora, how is it impossible to sell 100 million of any album? That is an indictment on our culture and we can’t look to others to say buy our music if we don’t, we should have that conversation first,” he says, putting out a call to Caribbean producers and artistes to send him music.

He is also critical of the current clash culture, which Sean Paul reportedly said fosters a “slave mentality”.

While not addressing Paul’s comments, Sasco says the culture he fell in love with and grew up in has certainly changed.

According to Sasco, “It has descended into cuss culture, it is not about who better lyrically but people attacking family. When it becomes that it doesn’t serve much function musically and even my own interaction, I got my name from clashing in high school and being excited about proving who has the tougher lyrics and watching that descend into terrible remarks about yuh mother, just awful. I don’t think it serves the culture.”

This article was originally published on Loop News (https://tt.loopnews.com/content/sasco-more-mature-still-slaying-5)