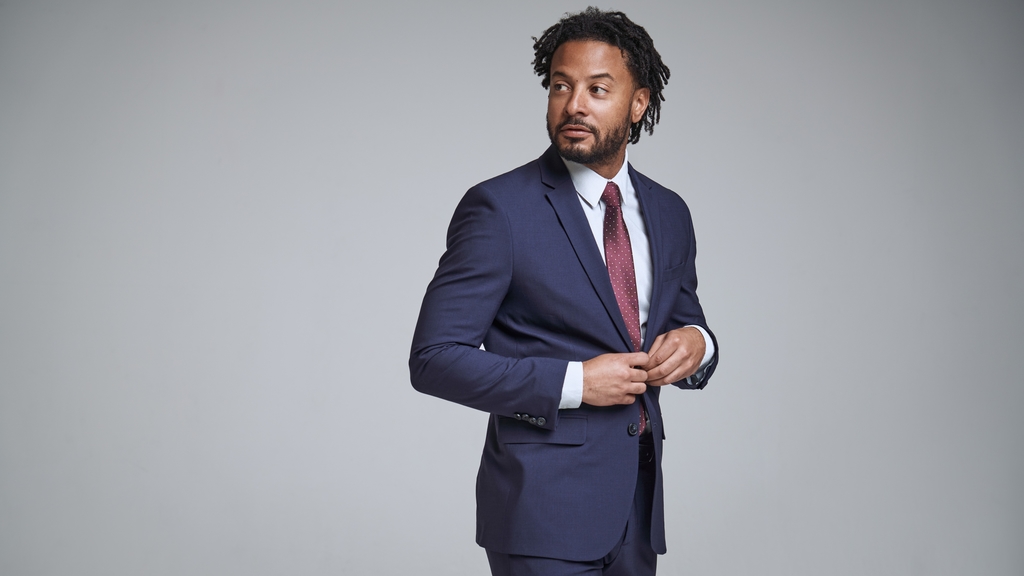 If you have seen Firefly Lane on Netflix, chances are you would have seen Brandon Jay Mclaren in action.

The 40-year-old actor was born in Canada to a Grenadian father and Trinidadian mother.

Mclaren playsTravis on the new Netflix series which was the number one trending show in Trinidad and Tobago and across the world. The series is based on the bestselling novel by Kristin Hannah.

Mclaren’s character is not featured in the novel but was written in the Netflix series.

As Travis, Mclaren plays an earnest love interest to Sarah Chalke (Scrubs) one of the stars of the series along with Katherine Heigl (Gray’s Anatomy).

This is his first Netflix series and has garnered him a lot of attention.

He told Loop News that even though he appeared on a show called The Killing which was nominated for six Emmys, the buzz around this show is different from anything else he has experienced.

“There is something different about Netflix because it is sort of like a shared viewing experience. Everyone could watch it one time and everyone talks about it one time so there is a certain energy around a Netflix show more than anything else I have experienced,” he said.

Speaking about the experience on the series, Mclaren said he has worked a lot with Chalke in the past who he described as one of the funniest people he met.

“I used to watch her on Scrubs before my career really started to take off and I was such a fan and to be able to work opposite her I find myself pinching myself in the middle of a scene,” he said.

He said both Chalke and Heigl are fantastic actors.

Confessing that he is yet to watch the series, Mclaren said they had a lot of fun and laughter during the filming which wrapped last February.

Despite his busy schedule, Mclaren finds time to visit his family in the Caribbean and hopes to travel to the region soon.

Mclaren was last in T&T during Carifesta in 2019 where he conducted an acting workshop.

It was his first trip back since 1999 but Mclaren visits Grenada annually where he is part of a charity there called Reach Within.

Mclaren has been acting since the age of 12.

“My mum put me in commercials when I was 12 in Canada and in the first year I got in five commercials and when I got braces they said to call back when the braces came off,” he recalled.

He took a break from acting when he won a full soccer scholarship to play football in New York at the University of Albany.

He said he wanted to act again but his mother told him to forget about it and finish his degree in Human Biology.

“In his in last year, I got a role in a play and I said maybe I will take a year off after University and I went back to Vancouver. After the first year, I got commercials and that turned into one-liners and two liners, I have been lucky. “

Mclaren has had roles on television shows such as Chicago Fire (NBC), Slasher (Chiller Network), Girlfriends’ Guide to Divorce (Bravo), Falling Skies (TNT), Harper’s Island (CBS) and The Killing (AMC), for which he was nominated for a 2012 Leo Award for Best Supporting Performance by a Male in a Dramatic Series.

He did three seasons as Oliver Yates on CBS’ Ransom and starred as undercover agent Dale Jakes on USA’s Graceland which was his favourite role.

“I loved the cast, the creator Jeff wrote for my character in such a way that it was a full human being,” he said.

Mclaren won a Best Actor Maple Ward in 2015 for that role.

The actor is currently in Vancouver filming a reboot of Turner and Hooch which will air on Disney+ later this year.

He said he has plans to tell Caribbean stories and currently has a project in development that he described as a Caribbean forward story.

He said: “Now more than ever people are open to diverse stories from people that look different with different experiences. I am trying to take whatever momentum I can and parlay that into doing some more behind the scenes in producing and developing stories that empower people like us.”

This article was originally published on Loop News (https://tt.loopnews.com/content/actor-trini-and-grenadian-parents-star-netflix-firefly-lane)