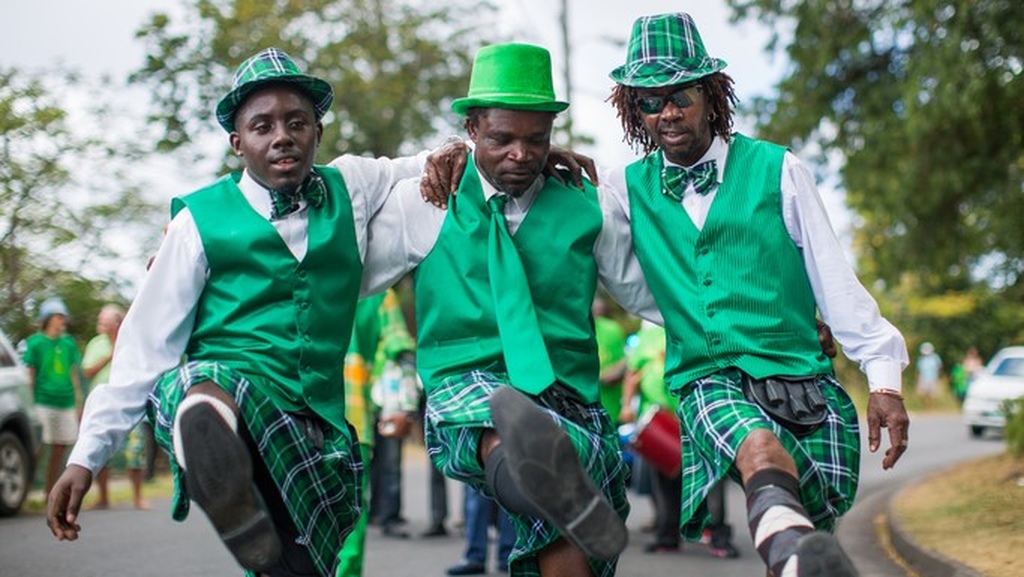 One year ago, the air in Montserrat was electric.

Hundreds of people, mainly Montserratians from the United Kingdom, descended on the island via ferry and light aircraft from Antigua for the annual St Patrick’s Day Festival.

In Little Bay, they packed into restaurants and bars, while roadside vendors readied their barbeque chicken and goat water for hungry passers-by.

Parties were in full swing.

On Saturday, March 14, while the Immortelle promotions White Party was still pumping from the night before in the car park of the Cultural Centre, Premier Easton Taylor Farrell announced a restriction on gatherings via an address to the nation on ZJB radio.

The announcement followed reports of a COVID-19 case on a flight that contained 80 people who went to Montserrat.

The cancellation sent shockwaves among the island’s residents, many of whom depend on the festival.

“It is the time of year when not only people who want to experience St Patrick’s Day would visit but when a lot of Montserratians abroad would come back home. It is peak arrival time for tourists, the majority from the United Kingdom and the United States, a combination of returning nationals, Americans and British visitors,” said Warren Solomon, Director of Tourism for the Montserrat Tourism Division.

Solomon told Loop News that the cancellation of the festival just before the crescendo and the shutdown of the island for a whole year has taken a huge toll on its economy.

“At least last year you had people who had already arrived and were on the island but to run straight into 2021 and not have the event has taken a toll on local businesses the vast majority of which are small businesses, mom and pop stores, and those who provide goods and services and were looking forward to the cultural events to sell food, memorabilia, and souvenirs. The island really had to come to terms with that over the last year,” he said.

While the celebration of St Patrick’s Day on a tiny island in the Caribbean may strike some as odd, it has actually been celebrated there for a long time thanks to the island’s Irish roots.

But the Montserrat version goes beyond that; it actually commemorates a rebellion by African slaves against the oppression of the planters.

Historical accounts state that the Irish Catholics first came from Virginia and neighbouring St Kitts in the 17th century. The Irish population further increased during Oliver Cromwell’s invasion of Ireland which saw many political prisoners transported to the island. Some of the Irish who settled in Montserrat were slave owners.

According to historian Howard Fergus in his book, Montserrat: History of a Caribbean Colony, the slaves plotted to stage a rebellion on March 17, 1768, but their plan was leaked by a white seamstress. As a result, nine rebels were captured and executed.

It wasn’t until the 1970s that the nine rebels were considered freedom fighters and scholars and students recognised them through various cultural events. In 1984, St Patrick’s Day was officially declared a national holiday.

Speaking on a panel discussion on Tuesday, Gracelyn Cassell, the Head of the UWI Open Campus in Montserrat, cleared up myths that the event started in a community called St Patrick’s.

Reading from an article in the 1978/79 annual report of UWI’s Extra-Mural studies, she noted that the St Patrick’s Day festival was a staple at the institution and restaged later in St John’s, a rural district.

“It is a convenient story to say the St Patrick’s celebrations started in St Patrick but that’s not how the story unfolded. Activities shifted to St Patrick’s in the 1980s after the day was declared a holiday,” she said.

Following the eruption of the Soufriere Hills volcano in 1997, St Patrick along with the capital, Plymouth and many other communities on the Southeastern side of the island was buried in ash and lava and the area was declared an exclusion zone.

As a result, the festival was shifted to a community called Salem, which is closest to the zone.

St Patrick’s where the festival grew is now under ash from the Soufriere Hils volcanic explosion in 1997.

Today the festival has grown to include fashion shows, lectures, art exhibitions, a market, a parade and fetes.

Vernaire Bass, Head of Planning and Production at the Montserrat Arts Council and host of 664 Connect, told Loop News that around 2015 a DJ group called Hypnotix was one of the first promoters to stage a fete called Leprechaun’s Revenge, a party that exceeded expectations and encouraged other promoters to throw their own events.

She said the parties, combined with the cheaper flights at this time of year, attracted a lot of young people.

Bass, who was born in Montserrat and moved back to the island from the UK, sees the festival as not just a tourism product but a doorway to encourage Montserratians to give back to the island still trying to steady itself and economy since the volcanic eruption of 1995.

With the tourism industry shut down over the last year, the Tourism Division has kept busy focusing on product development.

Solomon said they have been upgrading beaches, installing bathroom facilities at popular beaches, creating picnic areas on beaches, and making trails a lot more user-friendly. There has also been an emphasis on training for tourism stakeholders in customer service, presentation and packaging of souvenir items, and so on.

He revealed that there is an effort to bring a private sector perspective to government policy through the establishment of a tourism stakeholder advisory council.

The island has also been ramping up its marketing with a new website, participation in virtual trade events such as World Travel Market, which Solomon said, allowed them to have a seat at the table with larger destinations and the launch of a Remote Workers Stamp on February 1 which allows travellers to live and work from the island for one year.

The 2021 St Patrick’s Day Festival is being commemorated virtually this year with online activities from March 15 to 19.

This article was originally published on Loop News (https://tt.loopnews.com/content/montserrats-st-patricks-day-mixes-history-culture-and-tourism-5)