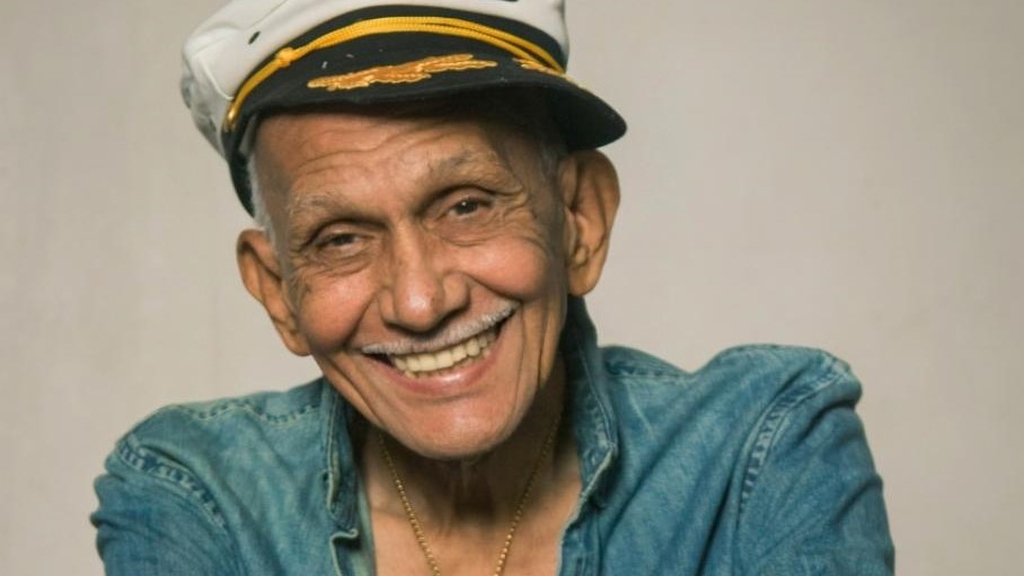 Torrance Mohammed: A life in dance

At 90, Torrance Mohammed was vibrant as ever, still working occasionally in the insurance industry and enthusiastically helping with plans to celebrate his long career in the cultural sector. Loop News spoke to the icon about his career a few weeks ago as he vividly recalled his journey in dance.

As a child attending St Paul’s Anglican Church in San Fernando, the sounds of drumming and instructors shouting dance moves from the Arawak School of Dance formed part of my soundscape.

Located upstairs in the then old, wooden, latticed-worked church hall next door, the Arawak dance school was where Torrance Mohammed began his walk through the cultural landscape of Trinidad and Tobago.

Mohammed was a member of the school before it was an actual school. Rector of St Paul’s, Canon Max E Farquar — a priest who was a big supporter of culture and incorporated steelband into church services and brought South African singer Miriam Makeba to perform at the church — invited Beryl McBurnie to teach dance in San Fernando.

Founder of the Little Carib Theatre, McBurnie made weekly trips to South to teach Caribbean dance.

Born in Siparia, Mohammed spent his formative years from ages five to nine with his maternal grandmother in Princes Town, where he attended Princes Town RC and saw children performing at various events.

He said at the time East Indian children weren’t very forward when it came to performing in Catholic schools but when the school held its bazaars, he would go and do ballroom dancing.

He was also exposed to cinema during those years, getting inspiration from the likes of American actors and dancers Fred Astaire, Ginger Roger and Donald O’Connor.

After leaving Princes Town, he returned to his family in Iere Village where he finished primary school.

“Hereditary and environment were important to my life,” he said, noting that Iere Village had one Baptist church and one Presbyterian church. He was able to draw on all the cultural experiences he was exposed to.

Mohammed’s family moved to San Fernando and with the absence of Indian dance classes at the time, Mohammed found himself learning from McBurnie.

A few months after McBurnie passed the baton to Kelvin Rotardier who left some months later to study dance abroad. The group found itself without a leader.

“In September 1955, we decide to form a group and because of the Carib influence, we decided to name it Arawak. We just used to dance for fun, dance for the Coterie and St John’s Ambulance for charity. I wasn’t no leader, I was in the background and one day we went out and someone asked who the leader is — Joyce Kirton, a founding member, had gone to England and I was semi in-charge — and someone said look the leader there and that is how the group was formed,” Mohammed recalled.

At the time there were 40 students in the school. They specialised in Afro-Caribbean and folk dance and the drumming, he said, attracted many others.

His teacher, Lettice Ross, enrolled about 10 of them from the Coffee Boys EC School after they won the San Fernando Arts Festival.

Butler said among the things that made Mohammed stand out was the fact that he was an East Indian teaching African children to dance. At the time, he said, that was an anomaly.

“That in itself was strange, but he had a personality everyone could relate to. He was a great ballroom dancer and he applied that rhythm and timing to what he did in the classes, he was able to inspire us enough to do the work and to do it well. He also had very good managerial skills and that was his expertise, to manage dance groups and take care of paperwork and all that. From that angle we were very organised,” said Butler, who took those lessons with him when he left to open his dance school, Contemporary Dance Company.

“I think as an East Indian dancer to control this dance group that was 99 percent African showed me his love for us and that race never came into the picture. That influenced me and how I dealt with people as a child. I was always in awe of that fact,” said Spencer who joined Arawak around the age of nine and was a member of the school until the age of 22.

Spencer said although he wasn’t the best dancer, Mohammed brought teachers with the expertise to teach among them Michael Manswell, Cheryl Byron and Lucy Regis.

“We were so co close, we were like a family, and everybody looked out for everybody. I came to town with that kind of attitude towards the arts. The feeling of family and comradery I learned under Torrance,” she said.

Mohammed was a big proponent of Caribbean unity. He was instrumental in the development of the National Dance Association born out of a National Cultural Council formed by the country’s first Prime Minister Dr Eric Williams.

Mohammed told Loop News that in 1958 before T&T achieved Independence, Dr Williams organised a West Indies Festival of Arts to mark the inauguration of the Federal Parliament. He said people from all over the Caribbean came and he learned a lot from them.

Stating that students today are good in technique, he lamented their lack of knowledge about the region.

Kieron Sargeant — a dance teacher and choreographer who has been documenting the history of Caribbean dance styles — said Mohammed’s knowledge inspired him.

“Torrance when he teaching, he gives you the historical context of what he is working on, the exact history of how it happened and how it arrived in Trinidad and Tobago and that is something I appreciate much about him, he teaches both practical and theory at the same time. So when we go out in the community we have that to share,” said Sargeant, who joined Arawak Dance School in 1998 at the age of 14.

“That is something that influenced me a lot in moving forward as a dancer/choreographer, the way he disseminated information in the space, there was so much richness inside of his talk, it sent the imagination crazy. I took his passion for the arts and made it my passion,” he said.

He said Mohammed travelled all over the Caribbean with the likes of McBurnie, Jean Coggins and Rex Nettleford and learned dances that he brought back home such as the Saraka, a thanksgiving dance from Grenada.

Sargeant said one of Mohammed’s greatest contributions is his impact on Best Village.

“Most of the choreographers from Best Village came from Arawak…Lucy Regis, Terry David, Michael Lucien, Phillip Sargeant, Ursuline Williams, Penelope Spencer… with him having all these people coming under him, they were the ones sent out to the communities to teach for Best Village.”

Though he lived a long and fruitful life, Mohammed never slowed down.

He spent 60 years with The Maritime Financial Group and continued to work part-time servicing his elderly insurance clients. Last year, just before the COVID pandemic struck, he was in India, visiting his ancestral homeland for the first time.

“It was a tremendous experience. At my age everybody was scared but you could die on the road here, you could die anywhere,” he said.

Mohammed described himself as a student of life, always willing to learn and impart his knowledge.

“They say knowledge is power but knowledge is potential power. When you could share your knowledge to help people in a practical way that is real power and those of us who dare to lead and teach must never cease to learn.”

This article was originally published on Loop News (https://tt.loopnews.com/content/torrance-mohammed-life-dance)