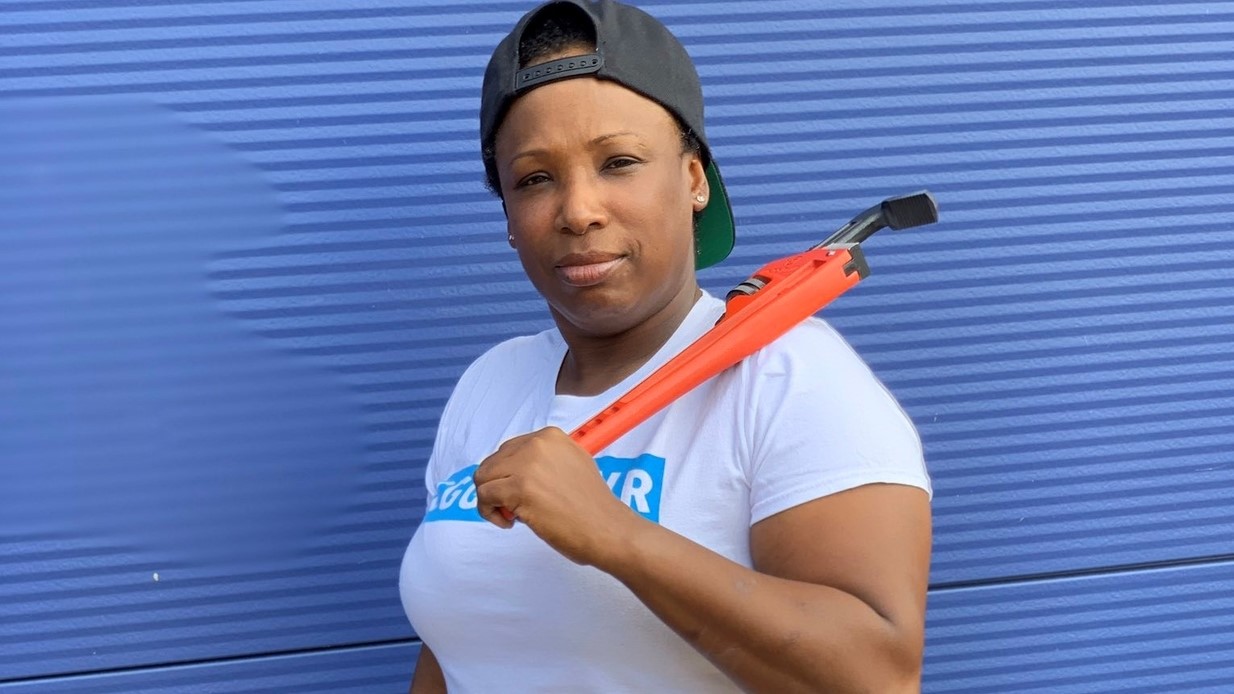 Tools and Tiaras founder longs to empower girls in T&T

Judaline Cassidy looks forward to the day she could bring Tools and Tiaras to Trinidad and Tobago.

Tools and Tiaras is Cassidy’s Non-Governmental Organisation (NGO) through which she teaches girls about construction trades such as plumbing.

Cassidy, who is originally from Diego Martin, is a United States-based plumber who has been featured on CNN, The Today Show, Yahoo and a number of media platforms across the US.

Through Tools and Tiaras, Cassidy hosts Summer camps each year in New York for girls aged 13 to 17 to learn architecture, electrical and carpentry.

Speaking to Loop News, Cassidy said she would love to host a similar camp in T&T one day.

“My goal has always been to bring Tools and Tiaras to Trinidad,” she said, noting however that she needs more people to work with the organisation, which currently comprises herself and an assistant, and to establish relationships with the relevant Government officials in T&T.

Cassidy started Tools and Tiaras as a way to empower girls.

The name, she explained, is meant to inspire confidence.

“You should give a girl a tool and tiara which would give her confidence and power,” she said.

Cassidy said while boys and girls should learn a trade, she focuses on girls because since 1970 the amount of women in construction has been three per cent.

“It only went up to 3.5 per cent and in order to change that we have to start young. I believe if we want to see girls being engineers and architects we have to make them know from young that it is normal. Boys in life, no matter their colour, always have a head start because they are boys and I wanted to give girls that advantage. Seeing women like me will show them that they can be whatever they want to be,” she said.

Cassidy didn’t plan to be a plumber. A student of Diego Martin Secondary School, she wanted to be a lawyer and although she had the subjects she couldn’t afford the fees to study law.

Instead, she enrolled at the then John Donaldson Technical Institute and applied to do plumbing thinking that it would be easier to get into the programme as a woman rather than apply for a course like Culinary Studies and not get selected.

“I was always determined to succeed and I wasn’t gonna grow up, be somebody girlfriend and wait for them to give me money to go the market. I was always driven to succeed. I would walk to John D from Diego Martin when I had no money,” she said.

Cassidy got married and migrated to the US at 19 just before she finished the course.

In the US, she joined a Union and studied plumbing for five years at night school, learning the science behind the application.

Cassidy said as a woman she still has to deal with harassment and condescension from men who express surprise when she shows up to jobs.

“I don’t take offence, I use humour and I know just by being there, I am making sure other women can be there. Those same guys end up being my biggest fans,” she said.

Cassidy has been resolute in making her mark in the field and inspiring other women to follow suit.

She helped ushered in the first Women’s Committee within her Union and became the Committee’s first President and inspired several platforms to develop programs for women.

Prior to  Tools and Tiaras, Cassidy founded “Lean In Women In Trades” to help tradeswomen share information and learn from each other.

Cassidy said her job is not for the faint of heart especially when battling the elements, however, she said she is very passionate about what she does.

“The freedom the salary brings is amazing, it still lights me up, I go to work on a high. I get to improve people’s lives through plumbing, I am a superhero,” she declared.

Turning her attention back to T&T, Cassidy, who visited every year before the pandemic, said it is important for the Government to train young people in the construction trades as will help the economy and create employment instead of spending money to outsource talent.

You can follow Cassidy via her website and listen to her podcast Tradeswomen Talk on Apple, Spotify and other major podcast platforms.

This article was originally published on Loop News (https://tt.loopnews.com/content/tools-and-tiaras-founder-longs-empower-girls-tt)