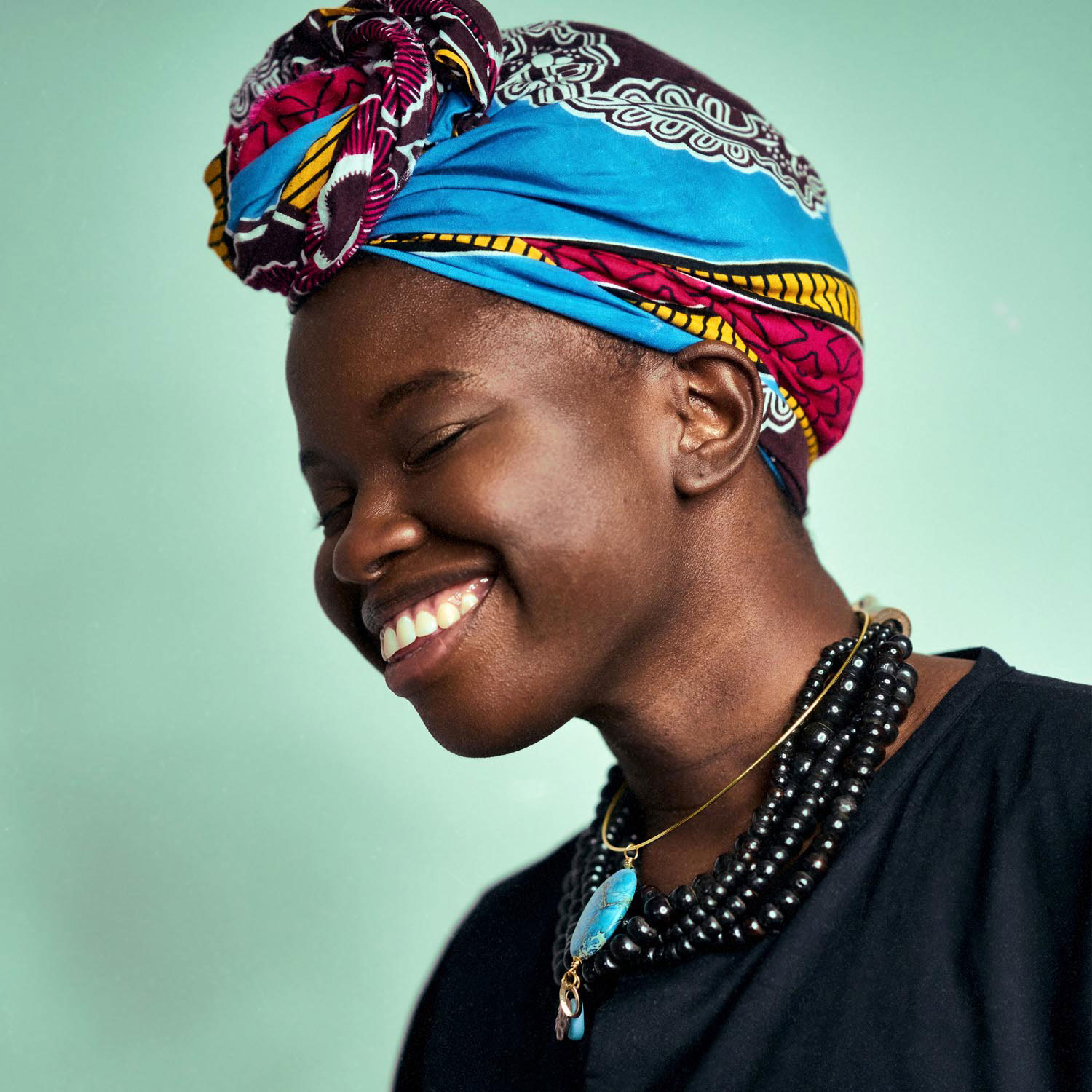 Listening to Annalie Prime’s debut album I Think Too Much can feel like an intrusion. It’s like a diary you’ve stumbled upon, and while you feel like you shouldn’t have this much insight into her mind, you can’t help but be drawn into the raw emotion and relatable lyrics.

In the song “’Lee M’Alone”, she sings an anthem for all introverts, with the chorus “If I get low, low, low, when I get high imma say hello. Give me some space for a while I don’t want to talk, I don’t want to smile.” Or, in “In My Head”, Prime is a girl curled up in bed pining for an unrequited love: “I just want to love you and only you, I just want to know you’re mine. Don’t nobody want real love no more, so I’ll hold you in my mind.”

Prime’s soulful lyrics have resonated with many listeners who discovered the singer over the past year. She’s seen subscribers to her YouTube channel grow every day, and the buzz has seen her starring in Nessa Preppy’s virtual concert for her album launch and a home concert series by telecoms provider Digicel. She also became the face for Trinidadian menswear designer DAWW Creations for his women’s line, and the LivinLocal clothing line from media personality Aaron Fingal.

Prime says she was surprised fans connected to her music, which she confesses is really a bunch of journal entries. “Because we are connected,” she says, commenting on the album’s appeal, despite it being so personal. “That is something I really want to teach people through my music. As different as we are, the human journey is the biggest connection that we have. We are all experiencing life in the same way.”

The album’s acceptance gave her confirmation that she is on the right path. “In Trinidad and Tobago, and probably the Caribbean, you don’t really get introspective music, people don’t really talk about what they felt deep down. I was really afraid of putting stuff like that out, and I thought Caribbean people wouldn’t connect to it, because we are accustomed to happy-go-lucky songs,” she explains.

Prime’s sound is a combination of calypso, reggae, and folk music, and she is one of a growing number of younger Trinidadian artistes, also including Jimmy October and Kalpee, who have embraced a fusion of sounds. “Folk is a huge part of my life,” she says. “Even though in my house secular music wasn’t played a lot, when my father played music, it would be that kind of music — country and folk music. That impacted me a lot, and it taught me how to tell stories in music, too.”

Growing up in Chase Village in central Trinidad in a religious household, Prime was also exposed to non-secular music that was played repeatedly on local TV channels. The stars of the day — David Rudder, Ella Andall, Nappy Mayers, and Melanie Hudson — were who she was exposed to.

When she started buying her own CDs in her early teens, she delved into popular American music, buying albums from Chris Brown and Alicia Keys. “Alicia Keys is the person who taught me to write songs,” she says. “Around form one, we just got Internet, and I was able to read about artistes. That was the first time I was able to read that Alicia Keys was a musician, singer, and songwriter just like Lauryn Hill. That sparked a fire, and pushed me to write songs in a professional way. Her album As I Am is where I learned about verse, pre-chorus, chorus, what was an interlude — I learned that from that album.”

In 1998, when T&T’s Wendy Fitzwilliam won the Miss Universe competition, Prime was captivated by the serenade song “All My Life” by KC and JoJo. That planted the idea that she could be a singer, she says — not only because of the song, but because dark-skinned Black people dominated the pageant. “That whole night was magical,” she recalls. “It planted the seed.”

Buoyed by her dream, Prime opened the songwriting floodgates, penning songs in seven copy books, each one containing a full album’s worth. She did a deep dive into learning as much as she could about recording and the technical aspects of creating music, and in 2013 started producing music that she put up on SoundCloud.

She sent one of her songs, “Jasmine”, to an A&R agent in the United States, and got signed in 2014 to a four-song deal by Tommy Boy Entertainment, a legendary hip hop and electronic label. But the deal didn’t work out, Prime says, because her brand didn’t fit into what they expected from her.

“They wanted more indie-pop — like Taylor Swift but with an African look. I do sing songs like those, but I also sing other types of songs. I understand as a label you are a business and you have to find ways to make money from the artiste, but they weren’t able to package all of my styles together. I was expecting them to sit down and figure out a way to blend the genres together,” she says. Still, “I was really grateful for that opportunity, because from that I was able to learn what I really need if a label comes to me.”

Following her separation from the label, Prime took a two-year mental health break, to sift through some personal and management issues which she says were draining her. It was during that time that her debut album was conceptualised.

The first single, “Moko”, dropped just before T&T, like the rest of the world, went into lockdown to curb the spread of the COVID-19 pandemic. Prime hit the brakes on the album, and, as she is wont to do, channelled her thoughts into words, which resulted in a novel called Periwinkle Paradise, currently available on Amazon. The book is based on the mental disorder of the main protagonist, Jasmine Adderley — Prime’s alter ego, who also stars in a song on I Think Too Much called “Miss Adderley”.

At the time of this interview, Prime was getting ready to release her sophomore album, 9, based on her birthday on the ninth of the ninth month. “This album is really about honouring feminine energy and bringing back a balance in the energies,” she says. She sings about that feminine energy in “I Get So Tired”, a social commentary on issues such as violence against women and racism.

While she is open to a publishing or licensing deal, Prime is more focused on building a community around her music. And while she doesn’t see herself entering the soca arena, fans may see her in a calypso tent one day.

“I love to listen to certain soca artistes, like Erphaan Alves and Kees Dieffenthaller, but for some reason I never felt compelled to sing it — soca is not my thing. Calypso is my thing,” she says. “The calypso that David Rudder and Ella Andall sing — once I hear that beat, that does call my soul more. If it have tent next year, you could see it!”

© MEP Publishers | Annalie Prime: the prime factor | Snapshot | Caribbean Beat Magazinehttps://www.caribbean-beat.com/issue-166/annalie-prime-prime-factor-snapshot#ixzz7JJihLt4V
To reproduce an excerpt of this article, please ensure you include a link back (see above). For additional permissions/licensing, please contact us. Thanks!
Follow us: @meppublishers on Twitter | caribbeanbeat on Facebook

This article was originally published on Caribbean Beat (https://www.caribbean-beat.com/issue-166/annalie-prime-prime-factor-snapshot#axzz7IoNHoUfD)