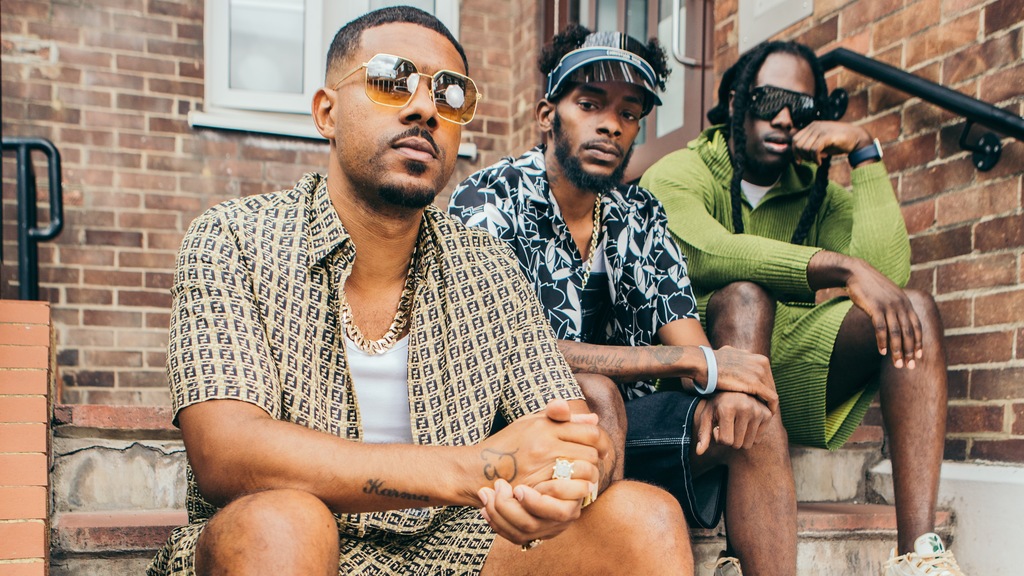 From London to the Caribbean, get ready for WSTRN Season

In their latest release “Wonder Woman”, British group WSTRN pays homage to the women in their lives.

Produced by Afrobeats and Grime hitmaker P2J whose production credits include tracks for Beyoncé, Wizkid, Stormzy, Goldlink, Mark Ronson, and more, “Wonder Woman” fuses the group’s Caribbean heritage with that of Africa.

“We are paying homage to the strong, influential, beautiful women in our lives. We kinda just shining some light on them. One of the lines from the song says ‘every light you see comes from a woman’, it’s paying some respect to them,” said Louis Rei, one-third of the group.

“When we were recording the song, the main message was to our mothers, to begin with, that relates to females that are important to our lives and other people’s lives too. But when we hear a nice beat that we get our melodies from, that turns into words eventually,” explained Haile, the other member of the group. The third is his cousin Akelle Charles.

In “Wonder Woman”, WSTRN trades their smooth R&B-type vocals for Jamaican patois to add that dancehall flavour to the track. It’s something they’ve done on other tracks such as “Texting” featuring Alkaline.https://www.youtube.com/embed/rbfuj1_6tu8?autoplay=1&start=0&rel=0

The trio, all from West London (hence the name), has Caribbean backgrounds. Akelle and Haile’s parents are from Grenada and Guyana while Louis’ parents are Jamaican.

“Soca and reggae is where it all began. Growing up we listened to what our parents listened to and as we got older, we experimented with other songs,” said Akelle, whose father was in a reggae band with Haile’s dad.

“It’s in our blood,” he said when asked if their fathers influenced them to start the group.

“For me, it wasn’t something I wanted to pursue from a young age, I felt like everything just fell into place, that was the right thing to do at the time and because I enjoyed doing it, it made sense,” he added.

While the three friends pursued music independently, WSTRN was born out of their first collaborative jam sessions in 2015.

The group made their mark that year with the release “IN2”, amassing over 108 million streams to date with their debut album WSTRN Season 2 following on in August 2019. Ever since the summer period has been dubbed as ‘WSTRN Season’ by fans.

Fused together by influences that span R&B, Hip-Hop, and soul with a base of Reggae and Dancehall, WSTRN’s artistry reaches far beyond their Caribbean roots.

The trio’s ear, thanks largely to the multicultural environment of West London, lends itself to experimenting with different soundscapes, and their releases so far attest to their worldwide appeal.

The trio, who shot the video for one of their grittier songs “They Don’t Know” in Bogota, Barbados said they definitely plan to do more work in the Caribbean with regional artistes, however.

“Our sound is for a world filled with sunshine and it is not always sunny in England which is why it is liked by international audiences. It’s feel-good music and you feel good in the sunshine,” said Haile.

Coming from a music scene where black artistes are known more for their aggressive music such as Grime, WSTRN said it was their choice to take another path.

“It’s definitely been a harder journey for us because we definitely come from a real place, that’s a fact. But we don’t feel like we have to show that side, we are just here for a good time, to bring the vibes to a dark place. We bring light to a dark place,” declared Haile.

“It’s always been in us, the first song we came out with was a feel-good song.

WSTRN is currently putting the final touches on their new album which will include “Wonder Woman” and an earlier release, “Be My Guest” featuring Fireboy DML.

Asked what they are aiming for, they said to have an impact all over the world.

Louis said: “I feel like sometimes when you are in a particular territory you feel like that’s the territory that you need to buss in and that’s not necessarily the case. We’ve had a roller coaster journey where our sound has shifted and there are different avenues taken and we have set our foundation. There’s only so much we could do here because we have taken our music to the next level. It wouldn’t make sense to just stay here and try to kick down this door, There are many doors open from around the world from Africa to the Caribbean, New York, Miami all these places are showing us love and it’s only right to go to these places and cater to those territories and show them that we are there to make noise.”

This article was originally published on Loop News (https://tt.loopnews.com/content/london-caribbean-get-ready-wstrn-season)