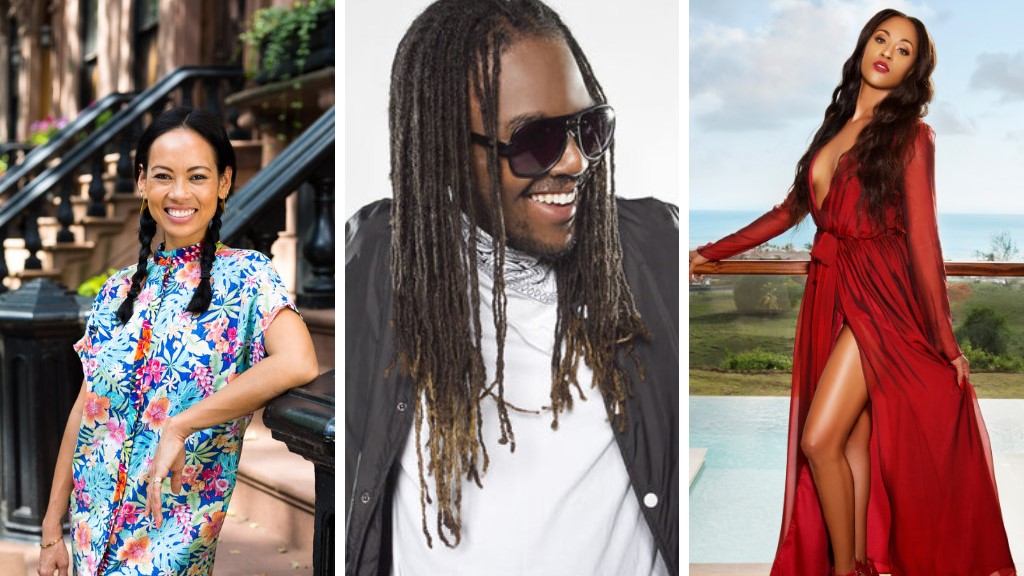 Like so many artistes in the Caribbean, Shontelle Layne was concerned about the impact of the pandemic on her ability to perform and earn.

With gig culture severely affected due to lockdowns and restrictions aimed at curbing the spread of the COVID-19 virus, the Barbadian singer/songwriter explored ways to develop other streams of income.

She started looking at forex trading which opened a door into the world of cryptocurrency.

Her friend Adaeze, from the production and talent development company House of Dae, approached her with the idea of doing an NFT.

“When I noticed the element of passive income and a way I could empower fans it was a no-brainer. I got straight to researching every possible thing about NFTs. I really wanted to be a part of the community and learn how everything works,” she told Loop News.

When Kings of Leon, a band she really likes, launched their album as an NFT, it gave the Grammy-nominated songwriter the impetus to do hers.

“I was like wait, they are doing the same thing too. I said they are bigger than me so if they are doing it, it must be okay. This was perfect for me because I am no longer with Universal and it was an opportunity for me to do 100 percent whatever I want. What my fans get is from my brain, no intervention from a third party, that was really exciting for me,” she said.

In April, Layne released the single, “House Party, and to coincide with the release she launched 11 NFTs to celebrate the 11th anniversary of her platinum-selling song “Impossible” from her 2010 album No Gravity. The NFTs comprised customised artwork, a cameo in the music video, and a dubplate that would include a shout-out to the top buyers, among other exclusive opportunities.

Layne auctioned her NFT and they all sold with a buyer from Dubai purchasing one for US$15,000.

The response, she said, brought tears to her eyes.

“As an artiste you have a shelf life, especially as a woman. As a songwriter, I understand the concept of passive income and with this, I can use my brain to create something incredible that will last a long time but will keep paying me and it passes on to someone I love. I am trying to build generational wealth and create sources of passive income,” she explained.

Layne’s initiative caught the attention of international media with Bloomberg and USA Today featuring her as one of the first, if not the first, black female musician to launch NFTs.

An acronym for non-fungible token, NFTs have become a popular way for people to sell digital assets.

Non-fungible means that the asset is non-transferable and is unique unlike a fungible asset such as money or bitcoin that can be exchanged for another one just like them.

NFTs are sold mainly via a type of cryptocurrency called Ethereum and when one purchases an NFT they buy a digital certificate of ownership of that particular asset. The purchase is conducted and recorded on a blockchain platform to confirm the item’s ownership.

Art, photos, videos, music and documents can all be uploaded to a blockchain platform as an NFT and not only does the owner make money when the item is sold, they also receive a commission if the buyer resells the item.

NFTs have boomed in popularity worldwide thanks to high-profile personalities who have made millions from their sale of them.

In March, Jack Dorsey, CEO of Twitter and Square, sold his first tweet as an NFT for over US$2.9 million while in April, rapper Eminem reportedly made over one million dollars for his first NFT collection titled “Shady Con”.

Jamaican singer Roshaun “Bay–C” Clarkefrom the group T.O.K was the first reggae and dancehall artiste to sell an NFT.

In April, he sold the song and album artwork for his single “Holy Temple” off his album King Day which will be released on November 19.

“I have been exposed to crypto since two/three years ago. I was working on my sophomore solo album to be released next month and I was recording in Berlin earlier this year when one of the producers showed me the NFT. At first, I wasn’t sure but I am a bit of a mad scientist and I like to try things so I said let me find out how it works and I linked with a partner in Caricoin,” Bay-C said.  Caricoin is the Caribbean’s leading cryptocurrency platform.

Bay-C’s NFT was sold via auction on a platform called OpenSea, starting at 0.1 Ethereum. Bay-C did seven but sold three and gave the rest away to key supporters.

“It definitely created another income stream in the pandemic. You have to find ways of making money and I do different things to find income but part of the joy of being an artiste is to be on the cutting edge of technology and it is also about having fun in this new, emerging space,” he said.

Bay-C of the group T.O.K

“This is a game-changer for creatives, it allows you to connect directly to supporters without the middle man. I could release NFTs and have special benefits,” said Bay-C who is planning new NFTs for the launch of his album.

For anyone looking to get into NFTs, Bay-C advised that they join a community.

“The key to NFT is community, if you are trying to do it alone you will get lost in this space,” he said.

For Trinidadian fashion designer Anya Ayoung-Chee, community is one of the most important and incredible aspects of NFTs.

The Season 9 Project Runway winner worked with a community of artists, photographers, musicians and tech experts to launch her NFT on September 29 called WYLD TING as a campaign for her brand of festival wear, WYLD FLWR.

“We did a series of eight digital loops which were originally a photography campaign and Rodell Warner turned these images into digital art pieces. He applied his own style to these photographs and we further collaborated with Naomi Cowan. We took these digital pieces of art and incorporated her music. It has to be collaborative because to some extent we would have collaborated for a photoshoot, now you add a digital artist, a music producer and tech artists to help us understand this whole world,” Ayoung Chee explained, crediting Gabriel Abed, co-founder and creator of Barbados-based Bitt Inc for fostering Caribbean unity around the technology. https://www.instagram.com/p/CUd0H1CMQXM/embed/captioned/?cr=1&v=14&wp=525&rd=https%3A%2F%2Ftt.loopnews.com&rp=%2Fcontent%2Fweekend-read-caribbean-creatives-embracing-benefits-nfts#%7B%22ci%22%3A1%2C%22os%22%3A4105.89999999851%2C%22ls%22%3A3934.8000000044703%2C%22le%22%3A3939.10000000149%7D

She placed her NFT as an invitation-only auction on a platform called Foundation. It starts at .58 Ethereum. The NFT hasn’t sold yet, which she said is a very humbling experience.

Nevertheless, Ayoung Chee’s interest in NFTs goes beyond just making money. She sees this concept as a way to facilitate her social impact work which centres on empowering women.

Proceeds from the sale of WYLD TING will be distributed among the artists and used to fund Spöol, an initiative that Ayoung-Chee is developing together with the Inter-American Development Bank’s IDB Lab, NGO Living Water Community, the Digicel Foundation, Ernst and Young, and her own Together WI Foundation.

Spöol will teach garment construction, entrepreneurship and empowerment to a selection of women, who are both Trinidadians and Venezuelan migrants and refugees, in order to build solidarity and provide livelihood opportunities in the fashion and Carnival industries.

Trinidad-based Zed Labs, co-founded by Pereira and marketing/PR consultant, Arrianne Talma, specialises in blockchain and has been working to onboard creatives in the NFT space.

“In the last year NFTs really took off with Beeple,” said Talma of the artist who sold an NFT of his work for US$69 million at a Christie’s auction.

“That put it in the mainstream and people started asking questions and how they can they benefit. Every sale that is made offers royalties to the original artist and this is a turning point for artists.”

NFTs are confusing to many but Zed is working with creatives to make the process clear.

“The gap that Zed is helping with is translating this technology and helping people get set up with the tools to interact with the NFTs and crypto. The one thing Anya has done that speaks to the mission and aim of her project is financial education. To interact with NFTs you have to set up a wallet. The process is confusing and is a barrier to entry. We set up a weekly Instagram live event called Wallet and Wine and Mark walked Naomi through on how to set up a wallet and by doing that, she could now get paid for her contribution. Now we can create an entire community with Metamask wallets and they can go in the market and buy or mint NFTs,” said Talma.

For those thinking NFTs are easy money, Pereira warned that a lot of work goes into selling.

He said: “It is not easy money at the moment because it has gotten really competitive. An NFT is really about the community you have online who want to buy your NFT and it is about understanding their interests. Some people have said I want to digitise my art and put it up but at the end of the day it is about who is your market, you will soon find out it is not that easy. There’s a lot of work that has to go into it.”

This article was originally published on Loop News (https://tt.loopnews.com/content/weekend-read-caribbean-creatives-embracing-benefits-nfts)