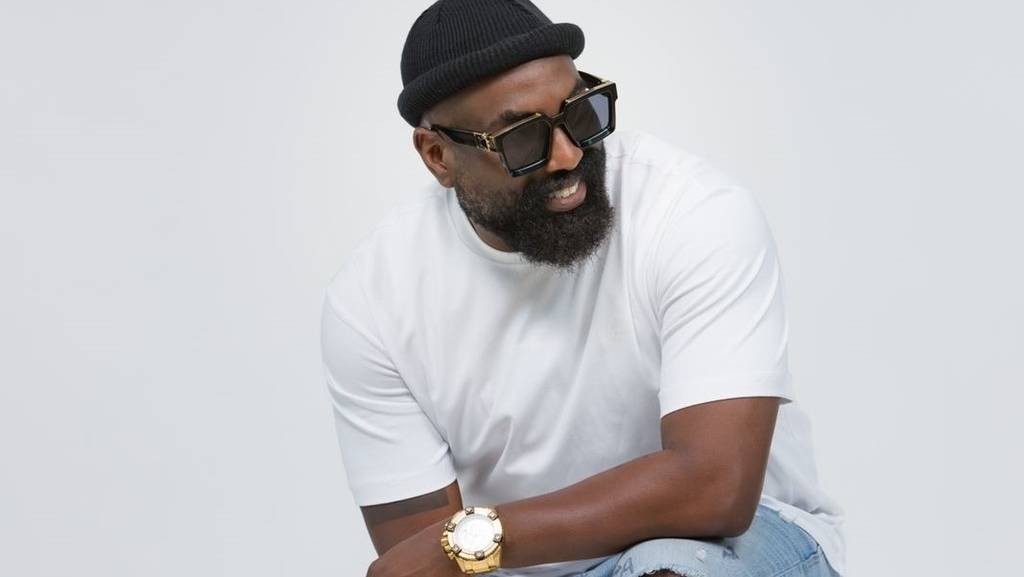 Jaiga makes debut as an author with book on Emotional Intelligence

To most people, Terrin Callender is simply a soca artiste.

Known by his sobriquet Jaiga, formerly Super Jigga TC, Callender is known for songs such as 2016’s “Speakerboxx” and “Anyway” and latterly, 2021’s “On De Inside” on the popular Backyard Riddim.

But for those who really know Callender, he is so much more than the music.

He is a former barber and Radioactive DJ, a radio show host on 96.1, former host and co-producer of Synergy Soca Star, songwriter, father and motivational speaker.

Now, he has added author to his growing list of accomplishments.

Callender is the co-author of a book called Lessons in Emotional Intelligence, A Caribbean Perspective together with Dr Amala Luncheon.

The book is written specifically in the context of the culture and social background of Caribbean people and how their surroundings influence their minds and actions.

Callender told Loop he was approached by Luncheon who stumbled across one of his shows on YouTube.

Luncheon, who is Guyanese by birth and lived in Saint Lucia, had just completed her doctoral dissertation on emotional intelligence and was impressed with Callender’s practical applications of the topic.

She invited him to sit on a panel for last year’s Black History Month.

“After that people wanted to know who I was because I was the only one without an academic title and she said she thought I would be perfect to partner with her on the book,” he recounted.

“I said I can’t write but she said all I need is for you to come in the studio and give me some time. It was us exchanging stories, giving my take on how I think things could be and due to that, she offered to assist me going forward and through her I got some credits to do a course on Emotional and Social Intelligence at David University. I worked seven hours a day for three months to complete it,” said Callender who is now certified.

Looking back on the last five years of his life, Callender acknowledged that he was preparing for this new journey, not just as an author but as someone who could use his experiences and knowledge to help transform the lives of others.

In 2016, at the height of his success in soca, he suffered from depression and left the country, abandoning his family.

It was the culmination of pressures, from the premature birth of his second daughter in 2014 to the disintegration of his marriage as well as financial pressures from house renovations that triggered his depression.

When he did return to the country later in 2016, he went into therapy.

“Those years, 2016, 2017, 2018 was a time of the rebuilding of self. I had that uncomfortable conversation with my wife and one of the biggest lessons I had to learn was listening. We have been separated four years now,” he revealed.

Asked if his years of not having a hit song was a factor in his depression, Callender said nothing he went through mentally had anything to do with music.

“I never viewed that as a bar for me…I was a facilitator of the arts from before. I worked hard, sleepless nights to contribute to the arts. I did Synergy Soca Star, Fireball’s song “What I Want” was written by me, Iwer’s Fete after Fete was written by me. So not having a song didn’t make me feel anyhow. My struggle was me trying to find a better me, I didn’t want to end up a regular cliché as a man and a father so I worked on forging better relationships with the mothers of my two children,” he explained.

Callender used Twitter a lot to ventilate his thoughts and feelings during those years.

He said the advice from his therapist was to journal and he used the platform in that way. But now, he is into journaling and one of his favourite activities is to do a grateful challenge every month where every day he writes three things he is grateful for.

“At end of 30 days go back and read it. You will be enlightened. It teaches you how to be grateful for everything in your life,” he said.

His father’s death on September 30 last year also played a major role in his rebuilding.

His dad was a pastor and though they didn’t see eye to eye on many things, through Jaiga’s emotional growth they were able to bond over the last five years.

Through his father’s sermons, Callender found fuel to answer his calling.

“When my dad died, I went Chancellor Hill every morning. There I found my peace and I used his sermons to give a quote of the day to my followers. Going through his death was my teaching,” said Callender, who has found his own pulpit doing motivational talks to the youth and other men. He also speaks on many life topics every Wednesday on his podcast Third Party with Nikki Crosby and Ro’dey.

“Mentally, I am in the best place of my life, it is a journey every day. I am working on mending relationships with family and friends,” he said, noting that he does not expect everyone to accept the change.

He stated: “I don’t live in the house I used to so stop knocking. Some people are so comfortable in your disabilities they want to keep visiting you where you used to live.”

Lessons in Emotional Intelligence, A Caribbean Perspective will be officially launched in Washington DC but is available now on Amazon.

This article was originally published on Loop News (https://tt.loopnews.com/content/jaiga-makes-debut-author-book-emotional-intelligence)