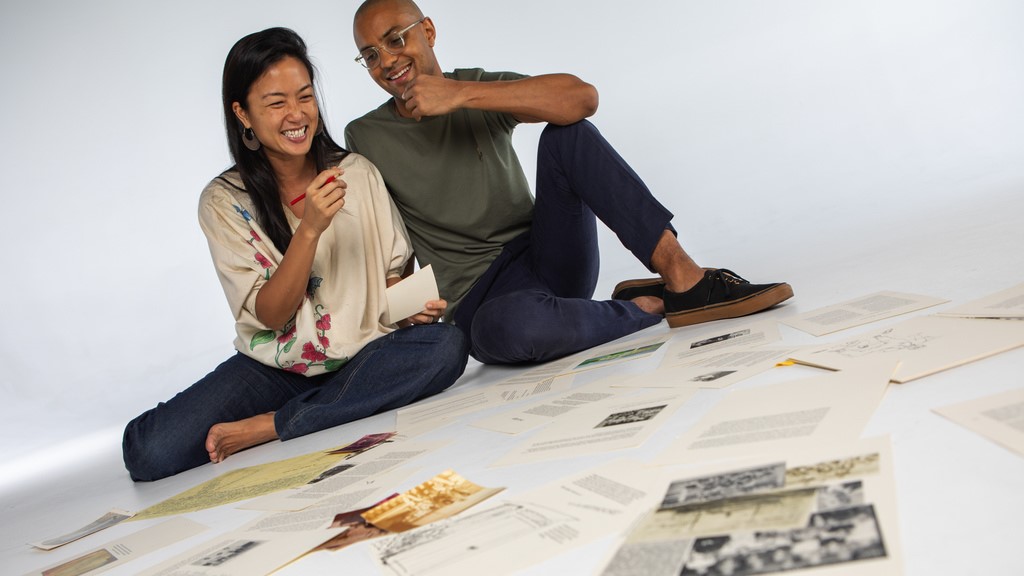 Capturing your stories for future generations is Plantain’s business

Helping people tell their stories is the mission of Plantain.

Founded by Trinidadian Felicia Chang and her partner Zaake De Coninck, Plantain is a company that captures memories in bespoke books for companies, families and individuals.

Among their clients have been the Emile Elias Group of Companies, Lennox Tang Yuk, Franklyn Dolly and most recently, the family of the late businessman Joseph Salvatori.

Plantain conducts interviews and research, using a wide array of global resources to root out images, documents and information that most people won’t begin to know where to find.

The company’s name was derived from a Madagascan folktale and pays homage to the founders’ African, Caribbean and Chinese roots.

Chang, who now lives in Uganda where De Coninck is from, started the company after experiencing different scenarios that pointed to the need for this type of business.

As a former Global Health Researcher, working with communities all over the world, Chang said in the process of doing her work she realised she needed to connect with others by sharing her story in the way she was asking others to, as she was always getting asked about her heritage as Trinidadian of Chinese descent.

On her return to Trinidad, she became obsessed with recording her grandmother’s stories and that became a film, Popo’s Journey, which she entered into a few film festivals.

“That was a pivotal moment for me when my grandmother stood in front of the audience at the film festival in Trinidad and she was just answering all the questions and I didn’t expect her to do that. On my drive back to South she told me how much it meant that other people cared who she was and it made me realise how often people who are allowed to tell stories are not the average quote-unquote person. It was something that was important to me because every story is important and every life is worth sharing especially as we age,” she said.

“Memory and life stories help us to process and learn from life events, they help us to assimilate scenarios, prepare ourselves and form identity and well-being,” she added, revealing that point became more apparent when she and Zaake lost someone close to them and the ability to capture those stories.

“It was very multi-layered why we started the company. We saw it as such an important aspect of finding out who we are as individuals and therefore how we can be a better society together. We don’t want people to be stuck in the past but we have to understand the past if we want to be critically involved in the future and transform people and society,” she said, stressing that as black and brown people we owe it to ourselves to document our stories because in 20 generations there will be even less than what is available now.

She said between 2012 when they started the company to the present day, they have seen more interest from people wanting to share their stories, particularly those in their 20s and 30s.

That younger demographic was among those accessing the DIY forms Plantain made available during the pandemic. The DIY forms provided guidance for those who wanted to conduct interviews with their loved ones at home. They also were among those utilising MemoryLines, a service Plantain offers in which they record interviews via telephone and make them available online like a podcast for clients.

Chang credits the pandemic but also greater social awareness for the uptick in interest.

“I think it is a sign of our times because we do have greater awareness because of social movements that have built on social movements of the past – Black Lives Matter, reparations, there are a lot more conversations around the politics of food even…there is a lot more awareness of the importance of understanding social action,” she said.

MemoryLines is one of the services offered by Plantain

Plantain’s process of recording and documenting stories is three-fold – they start with interviews, identify and shape the story and design the final product.

The stories begin with the interviews. Plantain has developed systems and templates designed to capture as much information as possible from their subjects.

Once all the information is recorded, they then shape the narrative for the book and will conduct archival research to help connect missing dots.

Through design, Plantain makes the stories fun, interesting and accessible. They complement books with illustrations, include sound in their podcasts and create personal web pages for families with snippets of songs that are meaningful to them and excerpts of interviews.

A bespoke book done in hot toffee linen and copper foil as a personalised and premium corporate gift for elders and future generations.

While the bespoke work is meaningful, it is time-consuming, meticulous and not scalable. Chang said they have always played around with ways to reach and help more people.

“We have always been aiming to do scale, how do we help as many people as possible? That is why we had MemoryLines, over the years we played with Artificial Intelligence and did tons of things to figure out how can we help more people do more of this. Last year we did a 2020 time capsule and that was trending at number 12 on Product Hunt, an international site. it was helping people to record how crazy 2020 was so it was asking people questions like when did you realise this was serious, what did you learn the most and all that stuff,” she said.

“For us the actual end is not fully clear but the foundation we are trying to build is helping people to record as many of their memories as possible so that they can better understand themselves for generations. There are many applications of it, we work with people with dementia as well as grandparents.”

Chang said while Plantain mostly works with clients in the Caribbean and the diaspora, they also do projects all over the world.

She said the pandemic has been good for business as more people went online to seek connections and many examined what was important in life.

Have a story to tell? Connect with the Plantain team via email at letstalk@plantain.me

This article was originally published on Loop News (https://tt.loopnews.com/content/capturing-your-stories-future-generations-plantains-business)