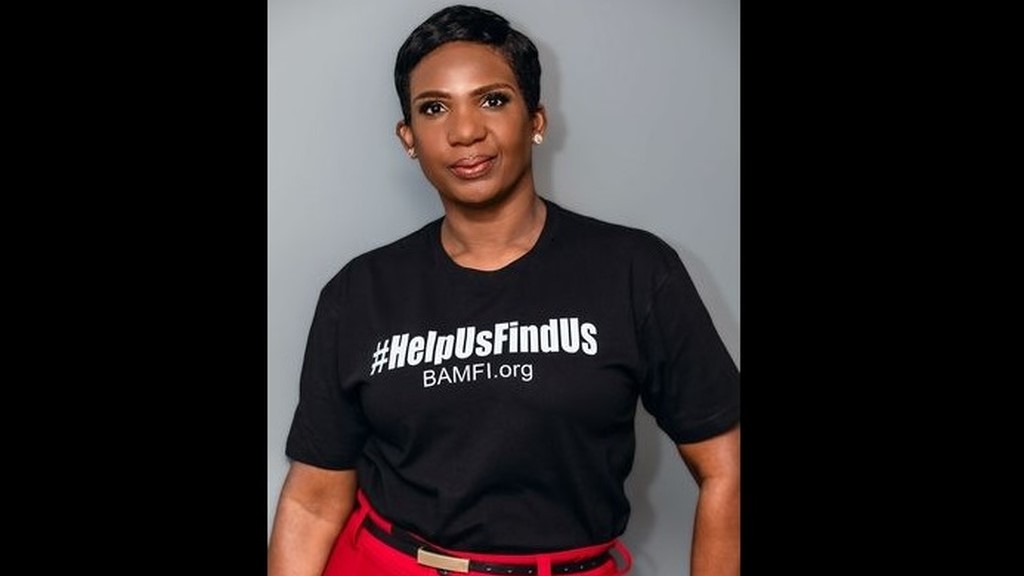 ATrinidadian woman will be featured on a new HBO docu-series aimed at raising awareness on missing people from minority communities in the United States.

Black and Missing, a four-part series will look at the work Natalie Wilson, along with her sister-in-law Derrica, has been doing to help families of missing people get the attention and assistance of law enforcement and the media to help in finding their loved ones.

The women are founders of the Black and Missing Foundation Inc, a non-profit organisation based in Washington DC. The Foundation was established in 2008 to bring awareness to missing people of colour, to assist families in finding their loved ones and to change the way missing minorities are treated in the media.

In 2017, the women werehonoured as Community Change Agents for the work they do at BET’s Black Girls Rock.

Popular journalist Soledad O’Brian reached out to them following that show to express an interest in telling their story through her production company.

“It is really a testament to our hard work. We put in a lot of hours, to have someone like to notice the impact we were making and to partner with us and take it to another level, we thank her for using her platform and influence to highlight this issue,” said Wilson.

Nevertheless, the series arrives at a time when Afro-Americans, Latino and indigenous communities in the US have been raising their voices to appeal for more interest from law enforcement and the media for their missing relatives.

These voices grew loudest in recent months following the disappearance of white YouTuber Gabby Petito. Petito disappeared while on a cross-country tour of national parks with her boyfriend Brian Laundrie. Her remains were later found in the Grand Teton National Park on September 19. Laundrie’s remains were found on October 20 later at another national park.

When Petito’s family reported her missing after Laundrie returned to his parents’ home without her, law enforcement deployed several resources to locate her while the media provided daily updates, camping outside Laundrie’s parents’ home to monitor their every move as he was a person of interest.

At the same time, the family of a young black man, Jelani Day, was appealing for the authorities to assist in finding him. The Illinois State University student went missing on August 24 and was found dead days later.

His mother, Carmen Bolden Day, told talk show host Tamron Hall that she got angry when she kept seeing reports about Petito when she had to do the work on her own to get her son’s disappearance highlighted.

Around that time, the Caribbean community in Florida, too, petitioned for media coverage for 19-year-old Miya Marcano, the daughter of a Trinidadian DJ who went missing from her apartment complex. Marcano was later found dead in a wooded area while the maintenance man suspected of her murder, committed suicide after he was initially questioned by police.

Critics have compared the coverage of Marcano and Petito’s disappearance, noting the disparity.

“Law enforcement are the gatekeepers to coverage. When our children are missing, often time, they are classified as a runaway so you don’t get the orange alert,” explained Wilson when asked reasons for the disparity in responses from police and the media.

“You often the get the impression that black and brown people are a burden to society, that they are impoverished and involved in criminal activity. We want to change the narrative, we want people to know that they are mothers, children, productive members of society. I think the media believes when people of colour are missing, no one would care but their families,” she said.

“We are hoping that this docu-series would have an impact, a wake-up call to further the conversation in the newsrooms to tell our stories and to challenge law enforcement on how they classify these cases and, more importantly, we want our communities to know we are allies with them in this fight and we could do so much more. In Gabby Petito’s death, her father said she received unprecedented media coverage so let’s even the playing field.’

Asked what she would recommend for people in minority communities who also buy into stereotypes that would inform their reticence, Wilson said even if it is not affecting you personally, as a community, people should be vigilant.

“We all have a responsibility to stand up for ourselves and create awareness and let the media know our missing are important too. If you see a post of a missing person, share it. We all have unconscious biases as well, we know when we share a profile of an attractive brown or black woman or man it gets more shares but awareness is key, all it takes is one tip,” she said.

Stating that social media can act as a digital milk carton to create awareness of missing people, Wilson also urged communities to use social media platforms to make these cases viral.

“When I got in this role I wanted to bring my 15 years of public relations and media relations to help people. I see myself as a publicist for these families, my PR strategy was to make our missing household names too. We know the names Sandra Levy, Gabby Petito and Natalie Holloway but if you ask your readers to name any missing black people they can’t,” she said.

With the pandemic, Black and Missing Foundation Inc, saw an increase in their caseload. Wilson said an increase in domestic violence, mental health cases and sex trafficking are the chief factors. She said with children spending more time online, predators have been grooming and luring children for trafficking.

She advised that parents create fictitious accounts to see if they can befriend their child to see how comfortable they behave and information they share so a conversation can be had about being safe online.

While Wilson’s focus has been on the US, the Princes Town-born activist has been keeping a pulse on the increasing reports of missing people in the Caribbean, Jamaica and Trinidad specifically. She expressed interest in setting up a chapter of her organisation in those territories.

Wilson, who is one of L’Oréal Paris 2021 Women of Worth honorees for the work she does in garnering media coverage and publicity for her NGO and the families they serve, said she is excited for the docu-series to air but more so for the families highlighted.

“They need it and deserve it. It is about bringing change and we hope there will be a change in behaviour and just sitting back and doing nothing.”

This article was originally published on Loop News (https://tt.loopnews.com/content/trini-woman-highlights-missing-black-people-new-hbo-series)