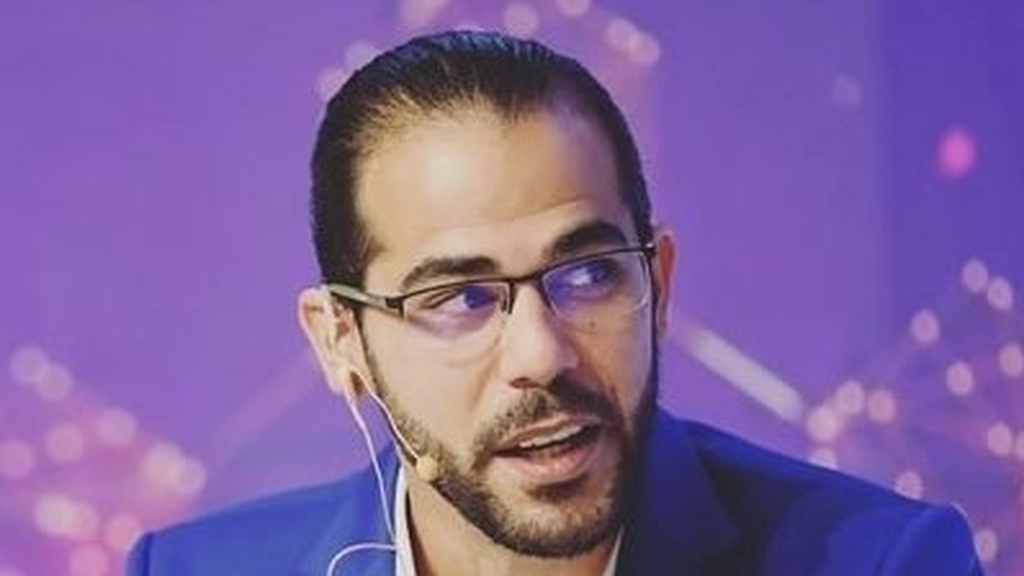 Gabriel Abed has a vision for the Caribbean.

The Barbadian businessman and Ambassador to the United Arab Emirates, envisions the region one day becoming a major player in emerging technologies.

“My vision for the Caribbean is that we have the skills, the talent, and the know-how, to do anything to put ourselves to the front of the global stage. My vision is that we excel in frontier technologies and that we become the next generation of pioneers, there is no reason why we can’t be that,” he told Loop News.

Abed, the founder of Bitt, the first crypto-coin developed in the Caribbean, has been the driving force behind Barbados’ leadership in the digital space. Barbados was the first island whose Central Bank adopted a digital currency and became the first island to establish an embassy in the Metaverse.

Abed, who is a strong proponent for regional unity, has also engaged creatives across the Caribbean in the NFTs space.

An acronym for Non-Fungible Tokens, NFTs have exploded in popularity across the Caribbean as artists, fashion and graphic designers, musicians and singers have embraced the technology as a way to earn an income due to dwindling opportunities thanks to the pandemic.

Fashion designer and Project Runway season 9 winner Anya Ayoung-Chee is one of the Caribbean creatives leading the NFT space regionally.

For Abed, these emerging technologies represent a real opportunity for the Caribbean to take the lead.

“The reality is that we focus on traditional communities of the past: tourism, sugar cane, oil but the reality is where we are heading to in the future is a digital frontier, a new digital age and oftentimes I look back on how we missed out on the Internet age, we were the last to really implement e-commerce and e-payments and online transactions,” he said.

“When I started to dabble with blockchain technology and I was one of the first in the Caribbean to do so, I saw this as the new frontier for where the Caribbean could get ahead of the growth curve and I believe that if we were to come together as Governments, private sector and NGOs and start looking at technology and say how does this apply to our traditional sectors, it could really set us up to ensure we are not the one behind the curve but we are leading that curve,” he said, declaring that we should be setting the standard instead of waiting to be invited to the table.

The NFTs space is one heavily based on collaboration and community and those factors are what Abed said is needed for the people in the Caribbean to be educated and find resources to create the Silicon islands.

“I strongly believe we need to create communities because education is key and I don’t mean believe the traditional sector of education, waiting for UWI to build a course, is the right path, it has to come from two key areas. The first area is community, which is why I have been creating so many of these communities. If you have an interest, come and join a community and read what everyone is writing and if you aren’t going to contribute, sit and listen, watch and follow and after you take in that information you realise this is really easy and you start to get it.”

“The second area is start-ups. If you don’t have education on a topic, go work for a start-up, it’s one of the greatest educations that could come about which is why I am a big believer in start-ups. People in the Caribbean are very scared of leaving their stable salary to go into the start-up culture because it may not be around in a year but you know what you get out of that? An education that never leaves you, you get to learn how to build a business, how to maneuver the hard times, how to pivot to go after what seems to be the better path, how employment works at an employer level, how to implement new technologies, how to work with partners around the world, to be part of these conversations and it really becomes a university degree disguised as a product,” he said.

Abed said start-ups provide the education one needs in learning to run a business.

Abed said nothing is missing from the Caribbean for start-ups to be created because the global stage is our playground and everything you need from technical knowledge to capital is available.

“They may have one or two components but we have five or six so take the five or six we have and merge it with what they have, bring it together in a melting pot and all of a sudden you have a business. If you need a programmer, hire one or work with a programming partner, if you are a finance guy go find a lawyer, if you are a lawyer, go find an operations manager…which is why I said communities were the first component because it is in these communities you are going to find a programmer, you going to find a lawyer, you going to find a creator and you come together and that is how a company gets started,” he explained.

Acknowledging that interest in NFTs and digital platforms are at a high because it opens a financial alternative to many at this time, Abed said for the momentum to build, a thousand hands are needed.

He said while communities encourage discussion and boost confidence, the public sector has to continue supporting start-ups and entrepreneurs, the private sector should be encouraging spin-offs operated by entrepreneurs and those with deep pockets should step forward to provide financing.

Abed knows what is possible with the right support and leadership. Having walked away from the daily operations of his company to represent Barbados, and CARICOM by extension, in the Middle East, he has the support of the Mia Mottley-led Government in his efforts.

The Barbadian Ministry of Foreign Affairs and Foreign Trade signed an agreement with Decentraland, among the largest and most popular crypto-powered digital worlds, for the establishment of a digital embassy.

“The Metaverse embassy is embarking on what I believe to be one of the more disruptive sides of technology. I believe the Metaverse is scheduled to become the next place where social interaction happens and because of that I am realising that this is an opportunity for Barbados to get ahead and what that means is that we need to start pioneering new types of ideas on this,” he said.

A rendering of the Barbados embassy in the Metaverse. All Rights Reserved. eGovern.com.

“In my position as an ambassador and we are setting up an embassy for the first time in the Middle East, I am seeing the requirements around establishing such a venture and under that, you start to see some of the items that are not necessarily conducive to be repeated again and again, for example, it wouldn’t make much sense for Barbados to do this again in Poland or Lichtenstein or Lithuania, it’s not feasible and therefore we have to look at how the technology could be an advantage to us.”

“We could use this decentralised Metaverse to plant our flag on a piece of virtual land that we own and control and because we own and control that we could dictate what happens on it. We could invite another nation to do the same thing for themselves…in essence, we have done what is required of a diplomatic treaty but virtually and then we could say how we can do this with 129 nations,” he said, stressing that the virtual embassy does not replace a physical one.

He said a virtual embassy can allow them to have a level of engagement with a nation they didn’t have any interaction with before via a richer experience that the virtual reality world offers.

Comparing the modern Metaverse to virtual reality platforms such as Second Life, he said it is decentralised which means that no one country, company or person is in control.

This article was originally published on Loop News (https://tt.loopnews.com/content/gabriel-abed-community-start-ups-key-caribbean-leadership-tech-5)